A stunning platinum proof coin, this fabulous release portrays a unicorn – a mythical creature that has fascinated people from many different cultures around the world since time in memorial.

The unicorn is an enchanted creature that has existed in legend since antiquity. As tales and speculation grew about the elusive creature, it was believed that the unicorn’s ability to pass between worlds meant it was impossible to catch. Its most notable feature became a topic of special interest - those drinking from its horn, it was said, would be immune to disease and poison. Enjoying renewed levels of interest in modern pop culture, the unicorn is a potent symbol of magic and miracles.

Represented in classical form as a white horse with a single, spiralling horn on its forehead, the unicorn on the coin’s reverse is shown rearing on a mystical moonlit night. As well as the inscription MYTHICAL CREATURES UNICORN, the design incorporates The Perth Mint’s ‘P’ mintmark. 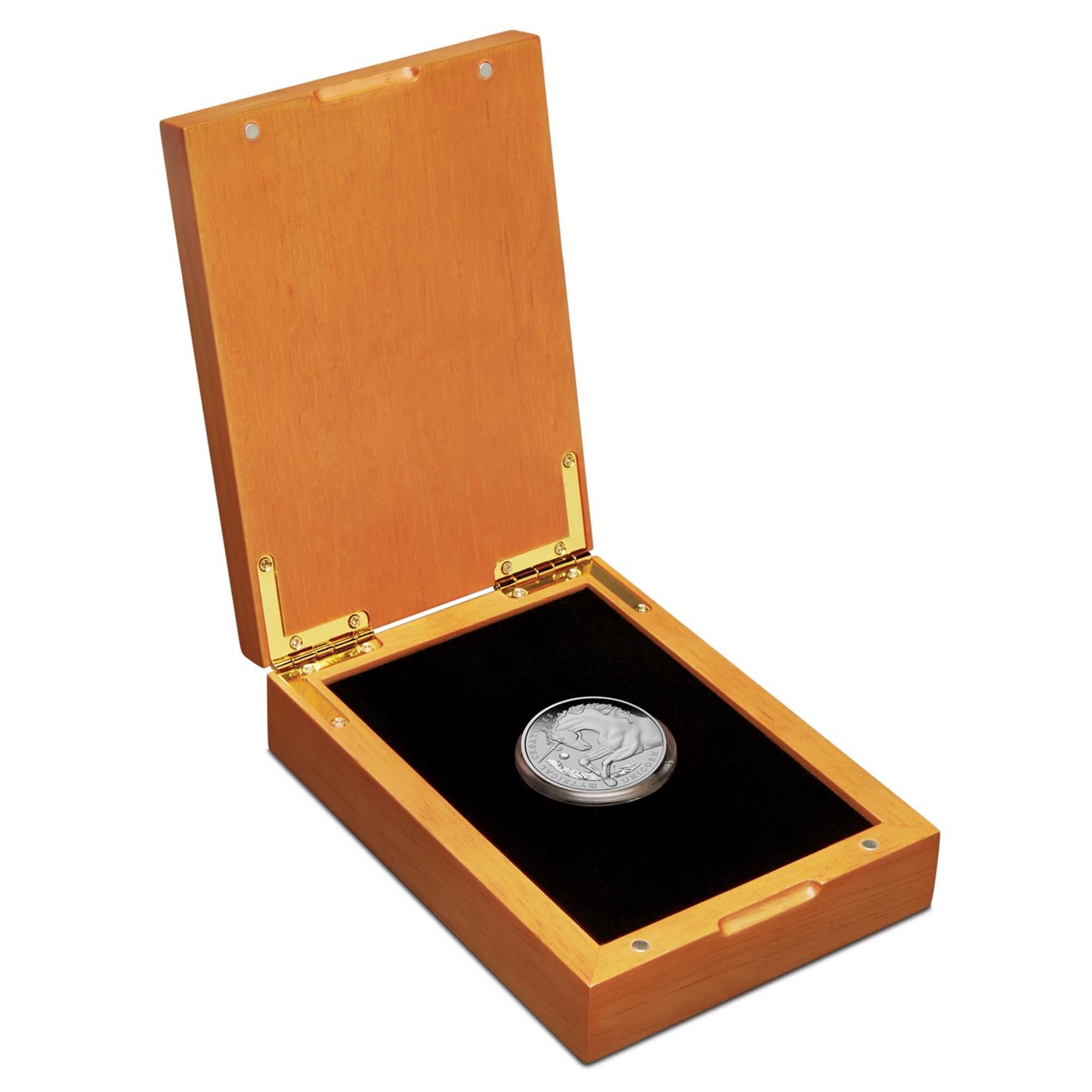 Accompanied by a numbered Certificate of Authenticity, the coin is housed in a deluxe timber display case and illustrated shipper.