The coin’s reverse depicts a representation of a kookaburra perched on a roof at dawn with stylised rays of light in the background. Also included in the design is a privy mark with a coloured representation of a Kangaroo Paw, the inscription ‘AUSTRALIAN KOOKABURRA 30TH ANNIVERSARY’, The Perth Mint’s ‘P’ mintmark, and the weight and purity.

The obverse bears Stuart Devlin’s depiction of a kookaburra on a tree stump surrounded by native foliage, as it appeared on The Perth Mint’s 1990 Australian Kookaburra Silver Bullion Coin. Also included is the Jody Clark effigy of Her Majesty Queen Elizabeth II, the inscription ‘1990 2020’, and the monetary denomination. 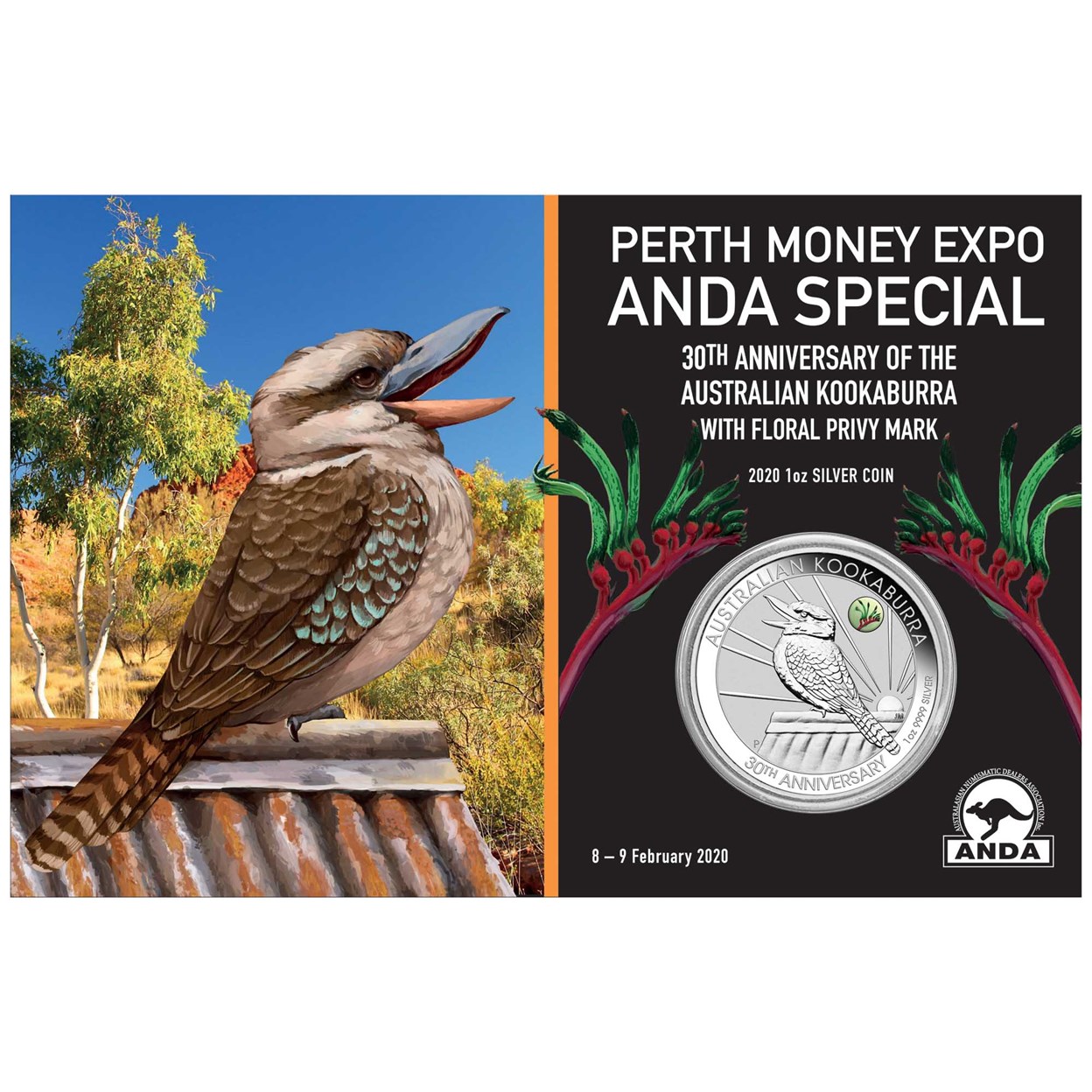 The coin is housed in a themed Perth ANDA Money Expo card, accompanied by a numbered Certificate of Authenticity.