This 2oz antiqued high relief coin features a special reverse design celebrating Queen Victoria’s love of cameo accessories. As well as boosting the popularity of the portrait ornaments crafted from sea shells during her reign, Queen Victoria is credited with playing a pivotal role in Britain’s progress during a time of rapid technological and social change.

The coin includes a cameo inset depicting Leonard Charles Wyon’s effigy of Queen Victoria with wreaths of banksia in her hair. This effigy appeared on the Sydney Type II Sovereign from 1857 until 1870. A filigree design borders the Queen’s portrait, with a depiction of the royal St Edward’s Crown at the top. The inscription ‘QUEEN VICTORIA 200th ANNIVERSARY’ and The Perth Mint’s ‘P’ mintmark are also featured in the design.

In keeping with its historical theme, the coin has been ‘antiqued’ by hand to give it a unique finish conveying the surface abrasions of an aged artefact. 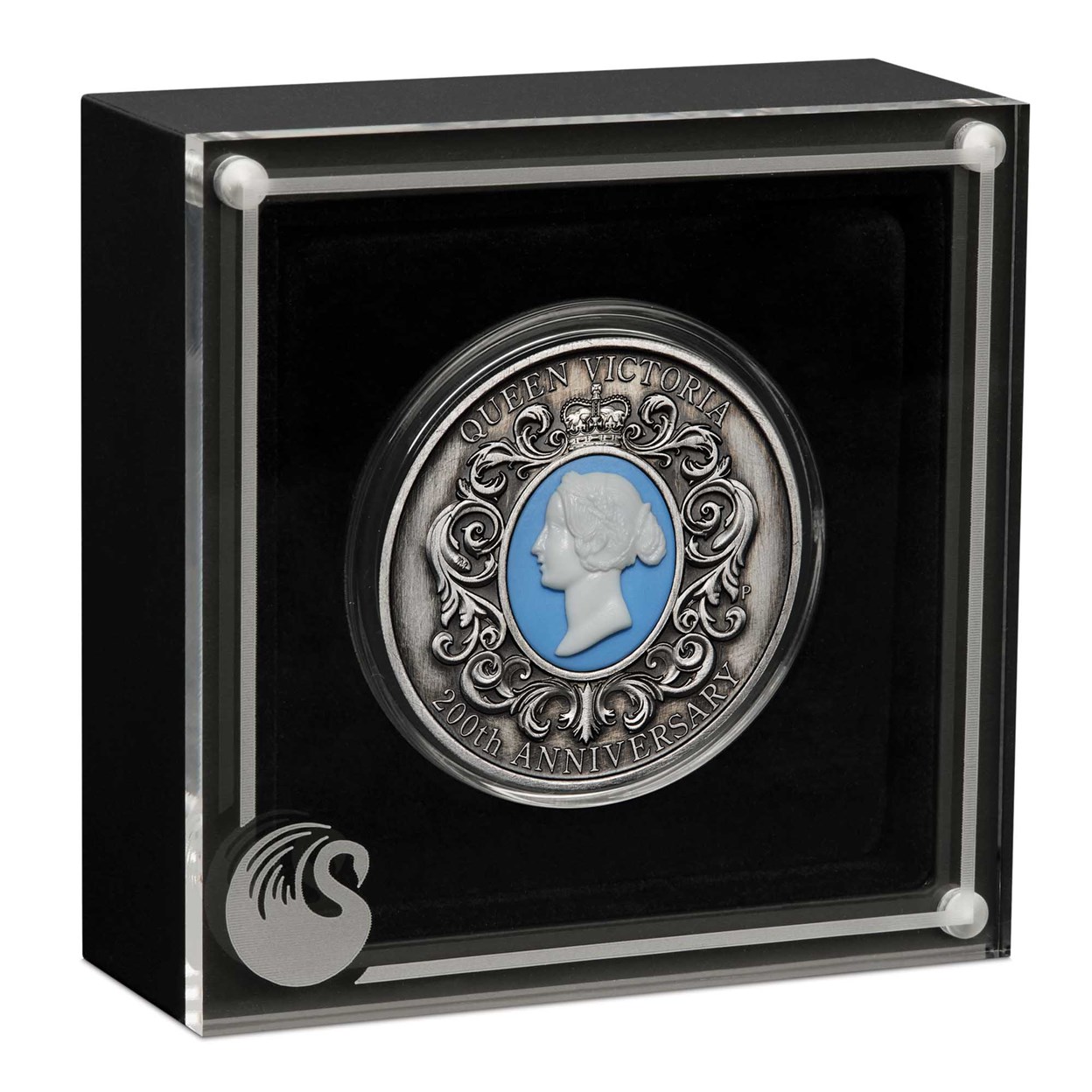 The coin is housed in a classic display case with a clear lid. Packaged with an illustrated shipper, each coin is accompanied by a numbered certificate of authenticity.