Meticulously crafted from pure silver in flawless proof quality, this coin from the Australian Lunar Series is a perfect acquisition or gift for anyone born under the Chinese lunar sign of the pig.

Final animal in the zodiac

A landmark Australian coin program sought by collectors worldwide reaches its finale in 2019 with depictions of the ultimate animal from the 12-year lunar calendar. Easy-going, sincere and calm under pressure are character traits said to be present in people born under the sign of the pig in 1947, 1959, 1971, 1983, 1995, 2007 and 2019.

Year of the pig design

Each coin portrays an inspirational design for both Lunar series collectors and everyone proud to mark their allegiance with this social, inquisitive and highly intelligent animal. The Chinese pinyin character for ‘pig’ and the inscription ‘Year of the Pig’ also appear on the reverse with The Perth Mint’s traditional ‘P’ mintmark. 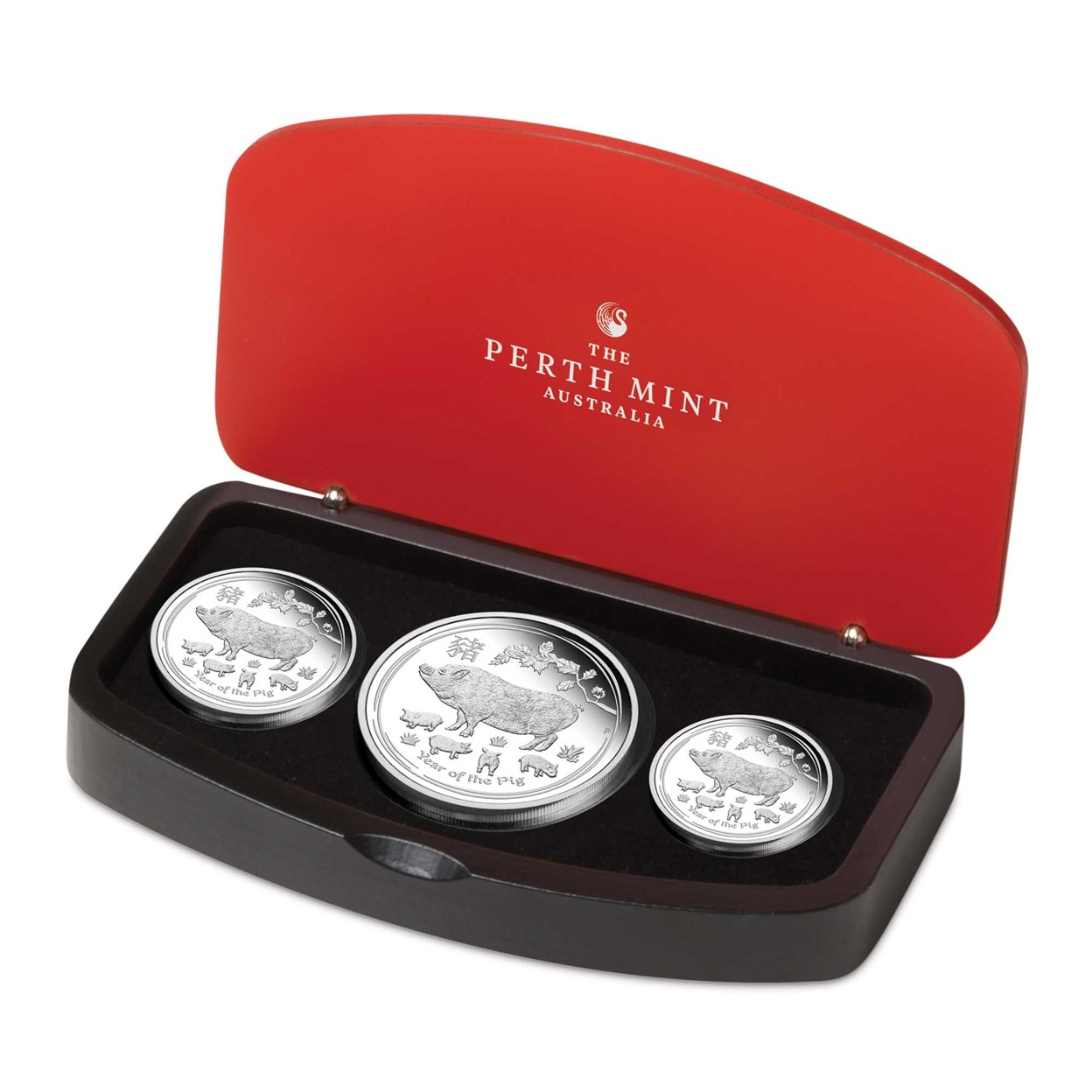 Accompanied by a numbered certificate of authenticity, each release is housed in a stylish red and black display case and illustrated lunar-themed shipper.