The Jewelled Tiger is a numismatic masterpiece honouring one of the most powerful animals in oriental culture.

Featuring a magnificent three-dimensional representation of the beast known as the 'king of the mountain', The Jewelled Tiger is a priceless treasure struck from 10oz of pure gold.

Native to China's mountainous regions, the tiger is considered a lucky animal and has been held in awe for centuries. Believed to ward off evil, it is a symbol of bravery, power, strength and ambition. The pattern on the forehead of a tiger is very similar to the Chinese character for 'king' hence it has become known as the ruler of all beasts and king of the mountains. 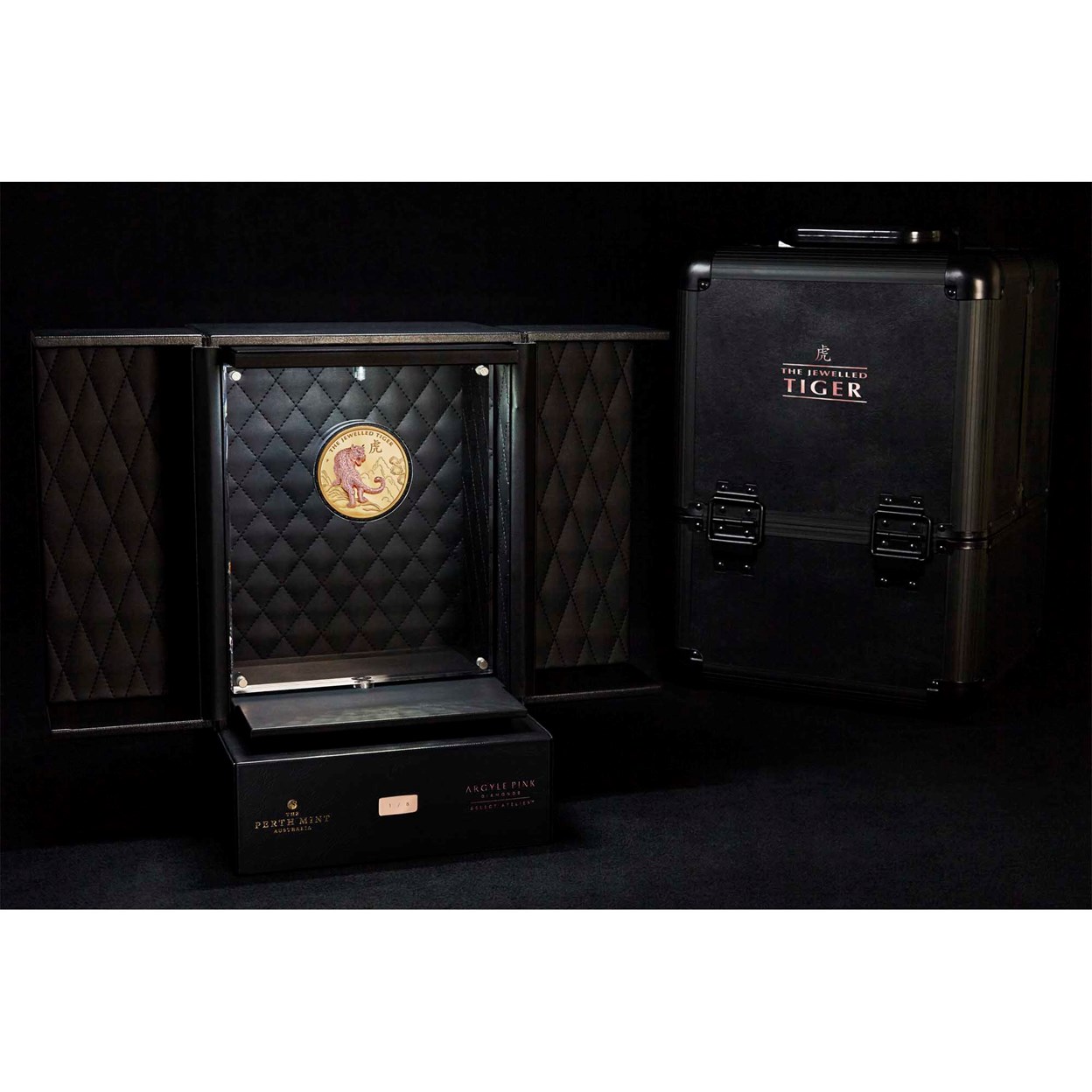 The coin's reverse design is rendered In the style of literati painting, with the tiger depicted ascending a rocky outcrop with stylised mountains and foliage in the background. Also included is the Chinese character for 'tiger', the inscription 'JEWELLED TIGER' and The Perth Mint's traditional 'P' mintmark.

Befitting The Jewelled Tiger's priceless value, the precious coin is mounted within a luxurious display case adorned with 18-carat gold furnishings and inset with two additional Argyle pink diamonds. Each coin in the limited mintage is accompanied by a numbered Certificate of Authenticity.