The Queen’s remarkable reign began on 6 February 1952. Admired as a symbol of strength and stability and beloved by many people around the globe, she has become the first British monarch to celebrate 70 years on the throne.

The coin depicts the Shield of the Royal Coat of Arms and a figurative flower stem combining an English rose, Irish shamrock and Scottish thistle, together with Australian wattle - our national floral emblem. Included in the design is the inscription ‘H.M. QUEEN ELIZABETH 1952 | 2022’, The Perth Mint’s ‘P’ mintmark, and an artistic interpretation of the mantle from the Royal Arms - originally a linen cover on the back of a medieval knight's helmet.

A special obverse depicts a fan of wattle overlaid with Her Majesty’s first and current coin effigies. Introduced on Australian circulating coinage in 1953, Mary Gillick’s popular likeness of the young Queen appears above Jody Clark’s portrait, the sixth effigy to have been created during her reign. 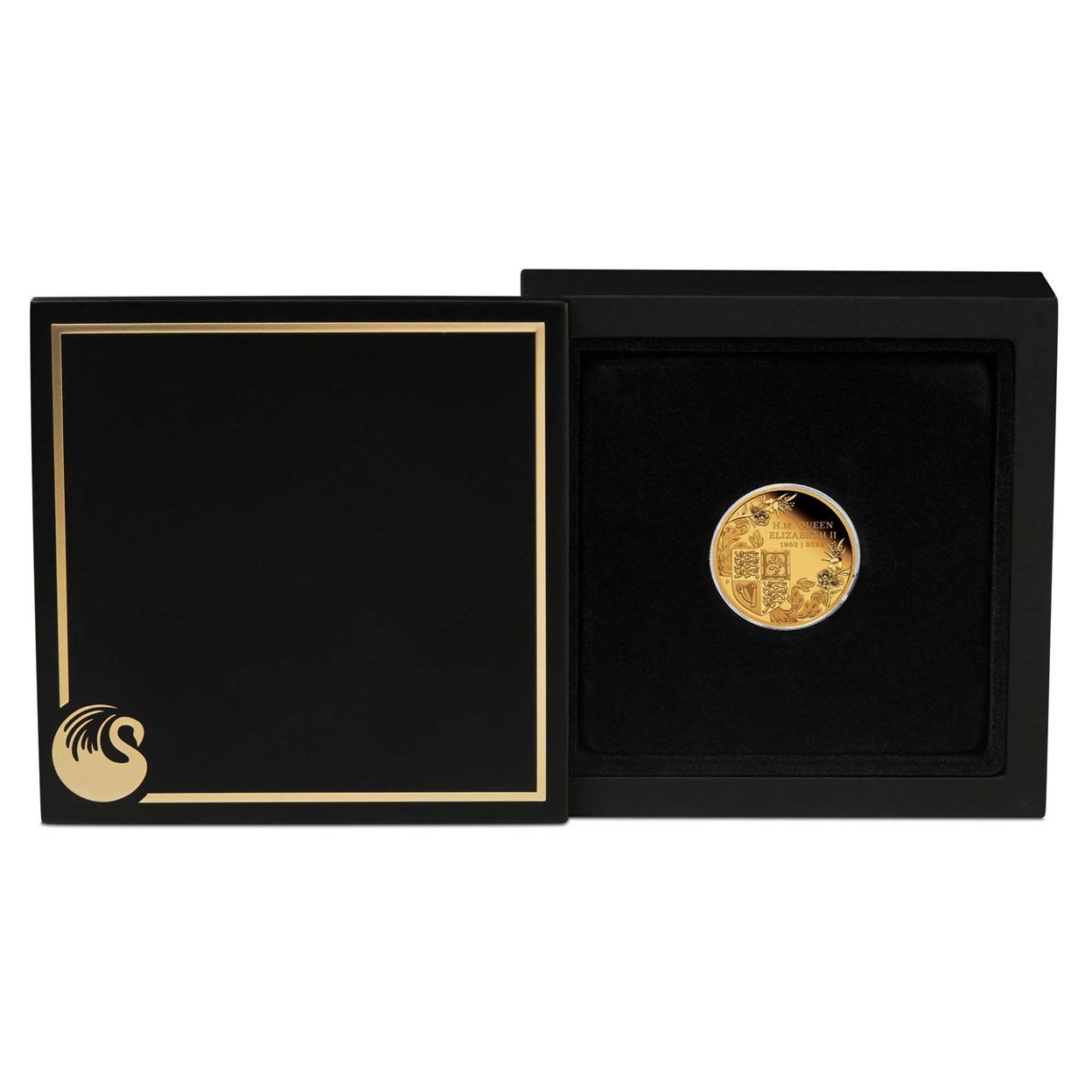 Accompanied by a numbered certificate of authenticity, the coin is housed in a classic display case with a timber lid.