Fit for a king, this meticulously crafted coin celebrating the 100th anniversary of the discovery of Tutankhamun’s tomb is struck from 1oz of 99.99% pure gold in flawless proof quality.

This product is only eligible for sale in Australia.

Customers outside of Australia can purchase this product from EMK.

It is now 100 years since archaeologist Howard Carter discovered Tutankhamun’s 3,500-year-old tomb in virtually untouched condition. The young pharaoh and the spectacular treasures he was buried with became a worldwide sensation which to this day remain sources of intense fascination. Probably no other artefact epitomizes King Tut in the public imagination as his solid gold death mask.

The coin’s portrayal of Tutankhamun’s iconic death mask is rendered from an official photograph. The image, which features applications of colour representing its famous glass paste inlays, is surrounded by the inscription ‘TUTANKHAMUN 100 YEARS’, hieroglyphs, a cartouche, and The Perth Mint’s ‘P’ mintmark. 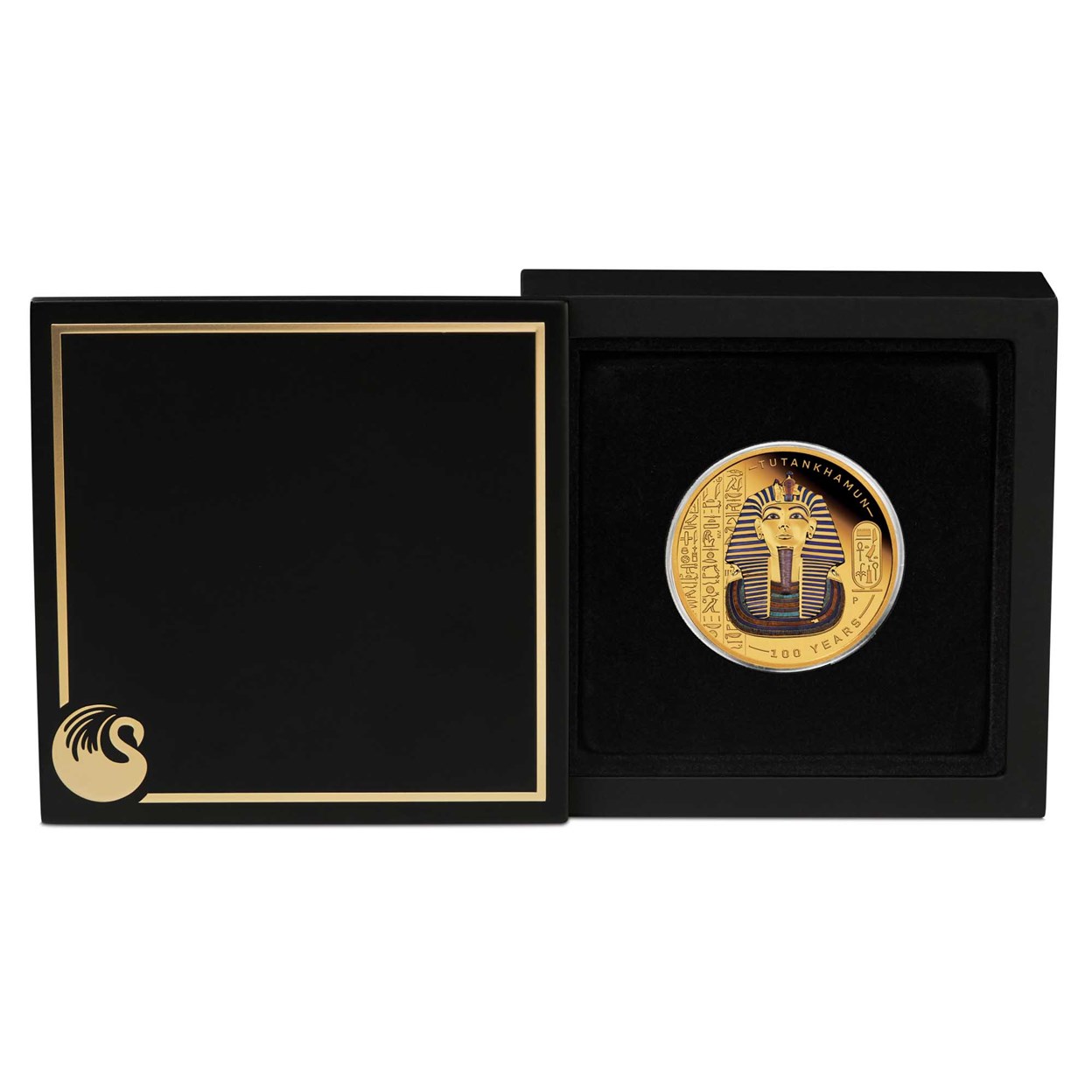 Accompanied by a numbered certificate of authenticity, the coin is housed in a classic display case with a black lid and an illustrated shipper.