Marking 100 years since the extraordinary discovery of Tutankhamun’s tomb, this superb 2oz silver proof coin features a remarkable image of the best-known treasure from what is probably the most spectacular archaeological find of all time.

Please note there is a delay on the production of this product. Any order containing this product may have a delay of up to two weeks before being dispatched.

Causing a worldwide sensation, the almost 3,500-year-old tomb of King Tutankhamun was discovered by British archaeologist Howard Carter in Egypt’s Valley of the Kings in 1922. Resting on the mummified remains of the young pharaoh was an ornate death mask exquisitely crafted in gold - the lustrous precious metal considered by ancient Egyptians to be the skin of the gods.

Laden with magnificent treasures, the tomb 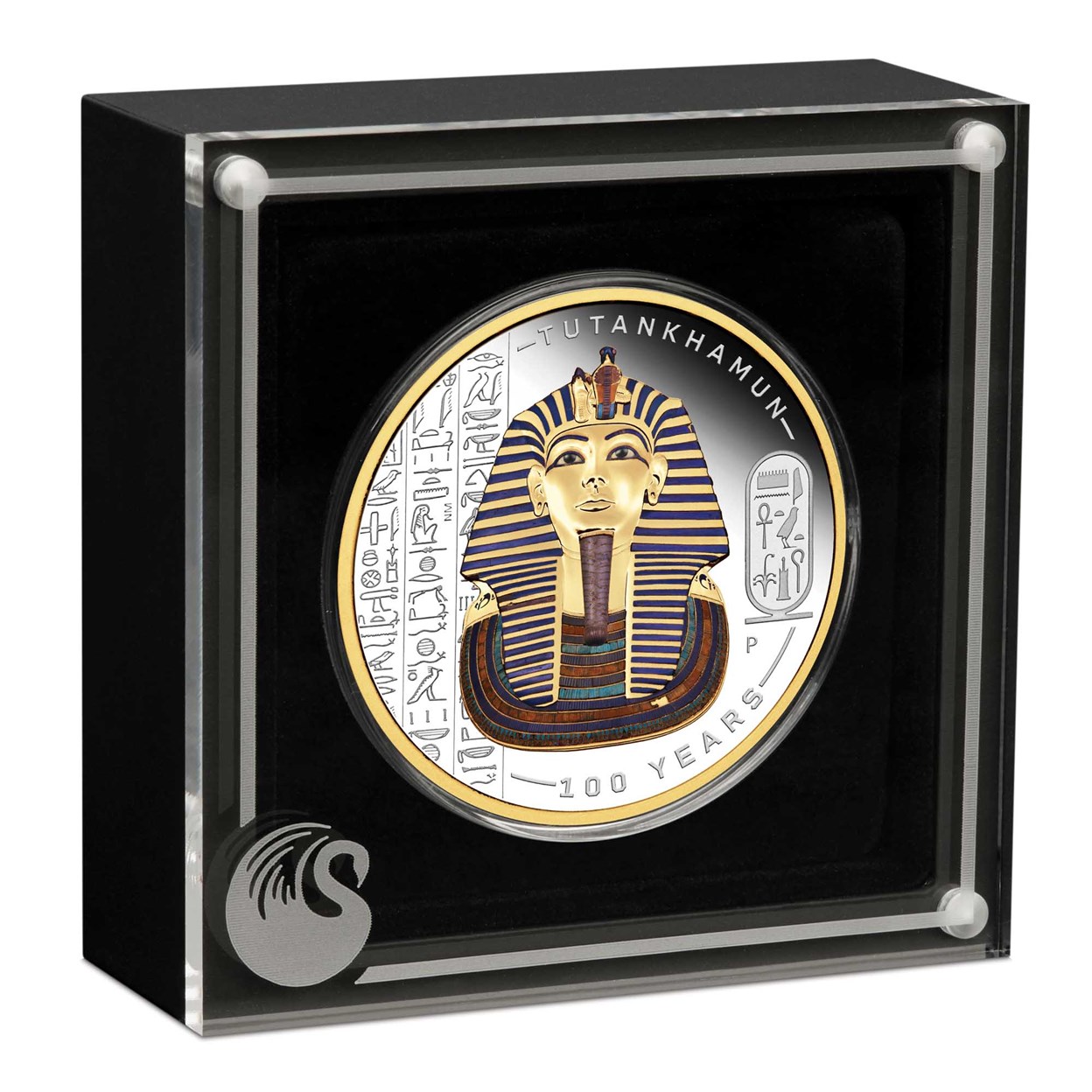 Accompanied by a numbered certificate of authenticity, the coin is presented in a classic case with a transparent acrylic top and themed shipper.

The coin portrays Tutankhamun’s spectacular death mask – the best-known artefact from what is probably the most spectacular archaeological find of all time. The image is gilded in 24-carat gold and features applications of colour representing the famous artefact’s glass paste inlays. Behind the mask are hieroglyphs redrawn from the back of the mask, as well as Tutankhamun’s elliptical cartouche.

Accompanying the design is the inscription ‘TUTANKHAMUN 100 YEARS’ and The Perth Mint’s ‘P’ mintmark.