A rare opportunity to acquire genuine artefacts from Australia's golden past, this sovereign trio set includes premium-grade 1910 sovereigns struck at each of the three branches of the Royal Mint in Australia.

This three-coin set represents a unique acquisition for collectors of Australian sovereign coins, comprising three wonderfully preserved specimens struck from each of the Sydney, Perth and Melbourne mints in 1910, the final year of King Edward VII's reign. Known as the 'Playboy King', Edward VII ascended the throne in 1902 following the death of his mother, Queen Victoria. Thanks to his brief reign, sovereigns of King Edward VII are generally scarce today - particularly in the upper echelons of quality such as these examples.

The reverse of each coin portrays Benedetto Pistrucci's classic St George and the dragon design and incorporates an 'S', 'P' or 'M' mintmark denoting the Sydney, Perth and Melbourne mints, respectively. The obverse of each sovereign depicts the original right-facing portrait of King George VII. 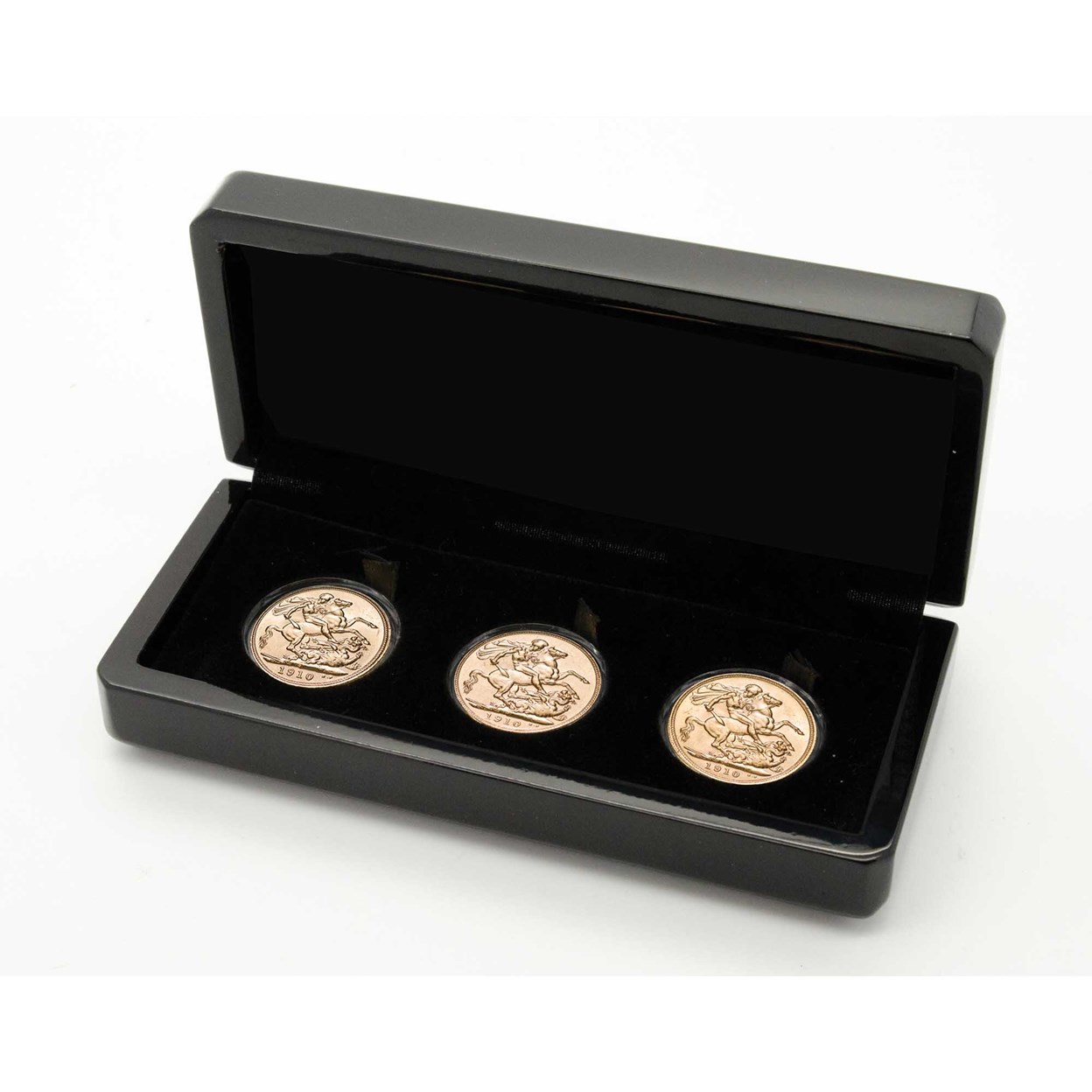 The coin is housed in a beautiful prestigious embossed case.