Half a decade of Australian history

Inextricably linked with Australia's golden heritage, and the turmoil of the First World War, the Australian Mintmark Sovereign Set coves the period from the outbreak of the Great War until the guns finally fell silent more than four years later. This presentation unites the five different sovereign dates struck at Australian branches of the Royal Mint in Perth, Melbourne and Sydney in 1914, 1915, 1916, 1917 and 1918.

Each of the 15 sovereigns in this collection is distinguished by Benedetto Pistrucci's famous St George andamp; Dragon reverse design, together with the original obverse portrait of King George V - a portrait featured from 1911 to 1928.

Struck at the Perth, Melbourne and Sydney Mints in 22-carat gold, each sovereign features the traditional 'P', 'M' or 'S' mintmark, and has been graded Extra Fine - About Uncirculated Condition. 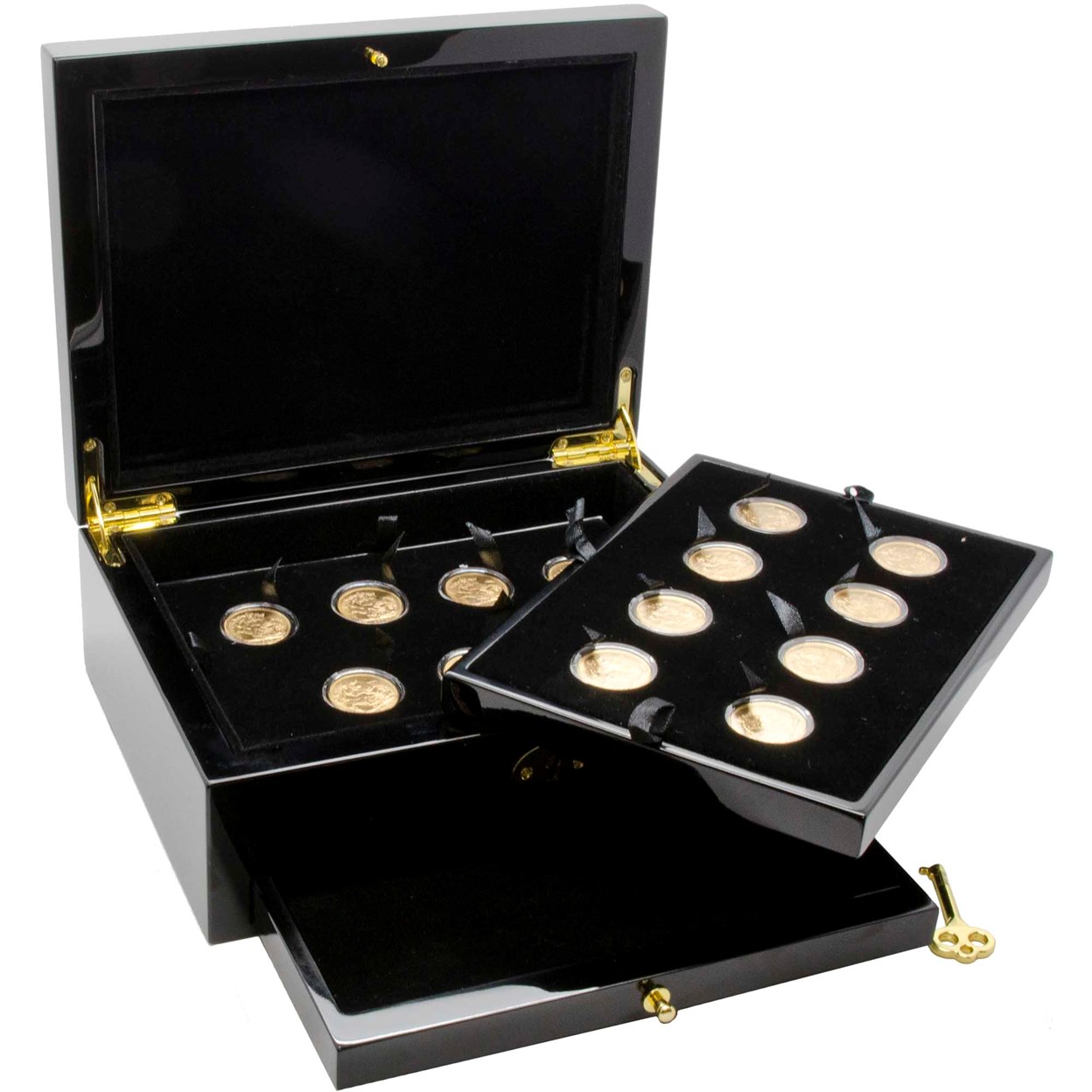 ST George and the Dragon design

The reverse of each coin portrays Benedetto Pistrucci's classic St George and the Dragon design. The obverse of each sovereign depicts the original portrait of King George V which was represented from 1911 to 1928.

This highly sought-after collection is housed in an impressive timber case with a lock and key, and is accompanied by a Certificate of Authenticity.