The Perth Mint’s annual Australia Sovereign is a prestigious 22-carat gold coin featuring a design inspired by sovereigns made at the Sydney Mint between 1855 and 1866. Twice the weight and twice the thickness of the traditional sovereign, this special high relief ‘piedfort’ version also incorporates an extremely significant privy mark.

As the first overseas branch of Britain’s Royal Mint, the Sydney Mint was opened in 1855 to make sovereign coins from Australian gold. For the first 11 years they were distinguished from Imperial issues made in London by a specially prepared ‘colonial’ design featuring St. Edward’s crown, a laurel wreath and the inscriptions ‘SYDNEY MINT’ and ‘AUSTRALIA’.

With the name of the mint suitably amended, the commemorative coin’s high relief design incorporates a privy mark inscription of the number ‘95’. A highly significant inclusion for royal watchers, it represents the age of Her Majesty Queen Elizabeth II on her recent birthday – a remarkable achievement by Britain’s longest-lived monarch.

This Sovereign has been struck with an extra-deep blank to showcase its superbly detailed design in high relief. Additionally, with its extra-thick planchet, this coin is reminiscent of traditional ‘piedforts’ (pronounced pee-ay-fore), which take their name from the French words for ‘heavy weight’. 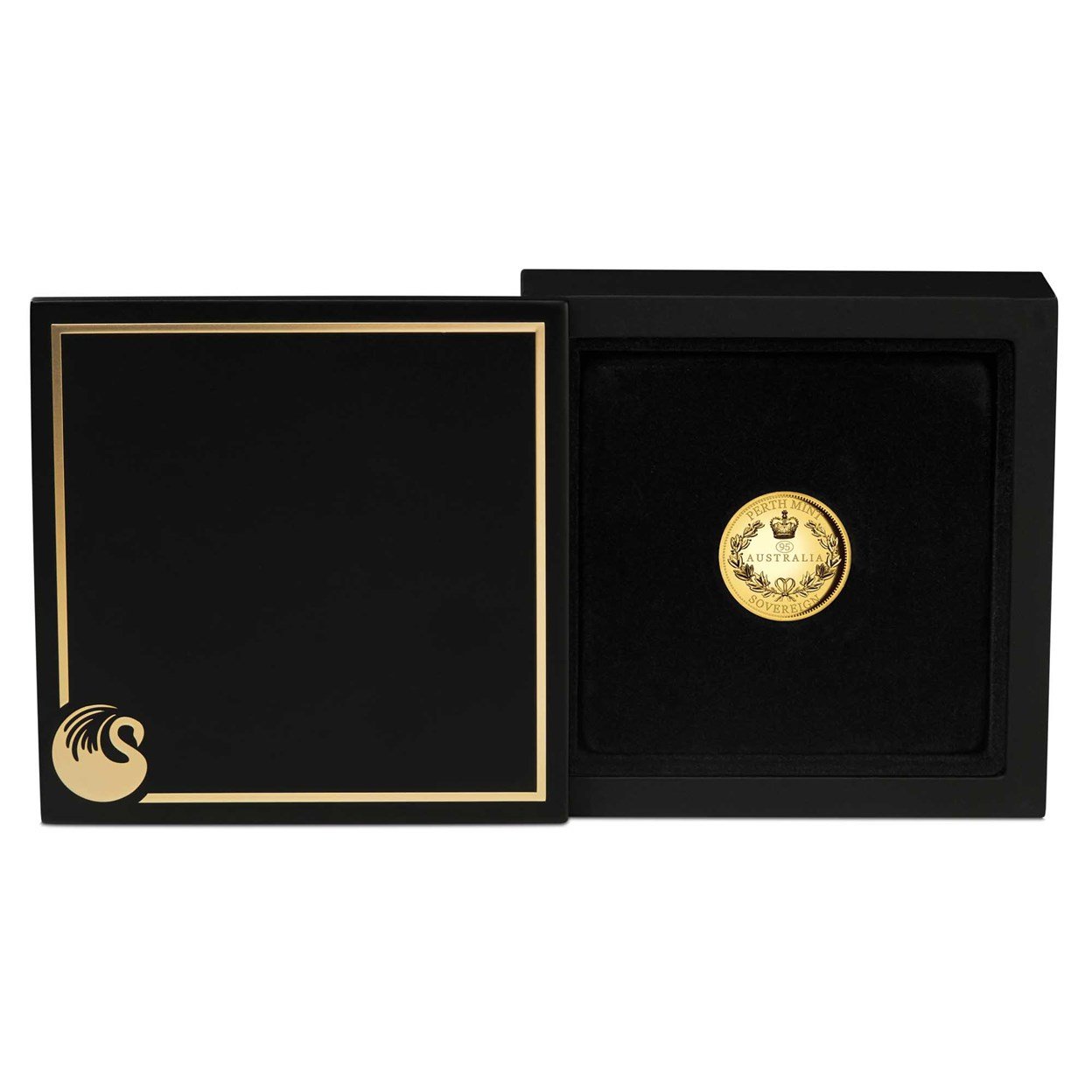 This Sovereign has been struck with an extra-deep blank to showcase its superbly detailed design in high relief. Additionally, with its extra-thick planchet, this coin is reminiscent of traditional ‘piedforts’ (pronouncAccompanied by a numbered certificate of authenticity, the coin is housed in a black timber wooden presentation case within a superbly illustrated shipper.