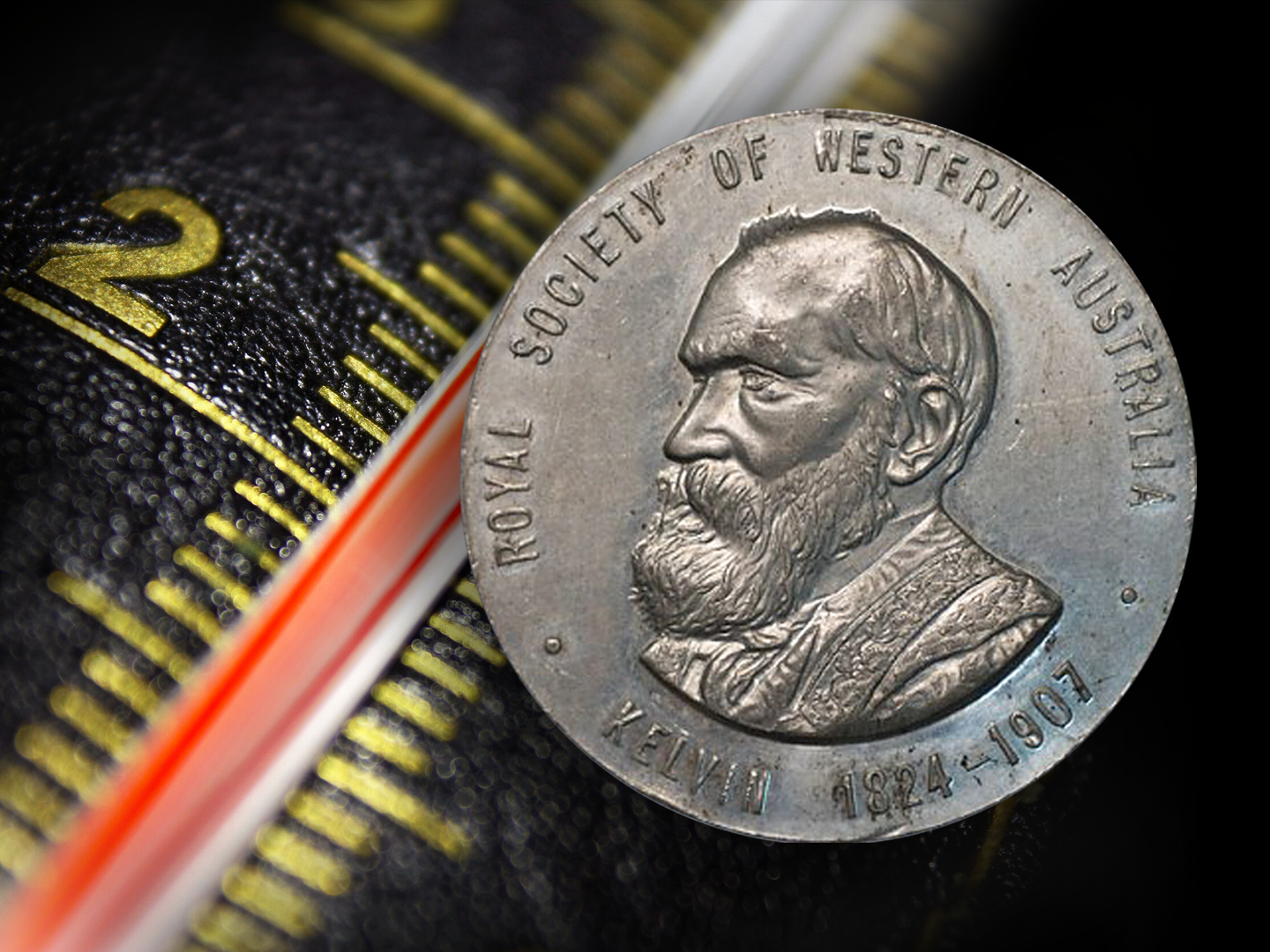 The Perth Mint has in its possession an undated Royal Society of Western Australia Kelvin medallion. 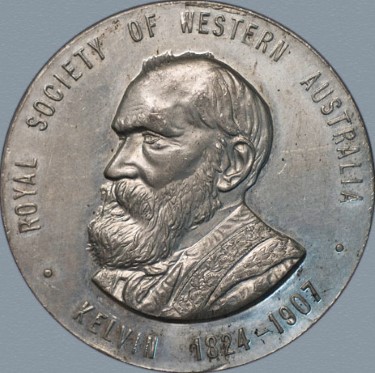 The Lord Kelvin medallion, or the Medal of the Royal Society of Western Australia as it is known today, was first awarded in 1924 and is now a biennial award which recognises a scientist or scientists who have made an outstanding contribution to science in the State.

Lord Kelvin (William Thomson) was a mathematical physicist and engineer born in Belfast in 1824, who began attending tertiary classes from the age of 10 at Glasgow University where his father was a Professor of Mathematics.

He wrote his first scientific paper at the age of 16, and went on to attend Cambridge University before returning to Glasgow University as a Professor of Natural Philosophy, a post he held for 53 years.

Lord Kelvin is best known for his work on the laws of thermodynamics and the invention of navigational and electrical measuring instruments.

In 1848, he proposed an absolute temperature scale now known as the ‘Kelvin scale’, which determined the exact value of absolute zero. He was also responsible for formulating the second law of thermodynamics, and had a career working as an electric telegraph engineer and inventor.

He was appointed the Director of the Atlantic Telegraphy Company in 1856. In this role he succeeded in installing a telegraph cable under the Atlantic Ocean in 1866, and was knighted for his efforts by Queen Victoria on 10 November 1866.

Kelvin was also an enthusiastic yachtsman and from 1870 he spent many summers aboard his yacht, the ‘Lalla Rookh’, inventing marine tools to improve navigation and safety, including the development of a machine to predict tide levels worldwide, and a mariner’s compass more accurate than any other in existence at the time.

Kelvin became a Lord in 1892, taking the name ‘Kelvin’ after the River Kelvin in his beloved Glasgow, and remained an international celebrity until his death in 1907. He was buried at Westminster Abbey not far from where Sir Isaac Newton lies at rest.