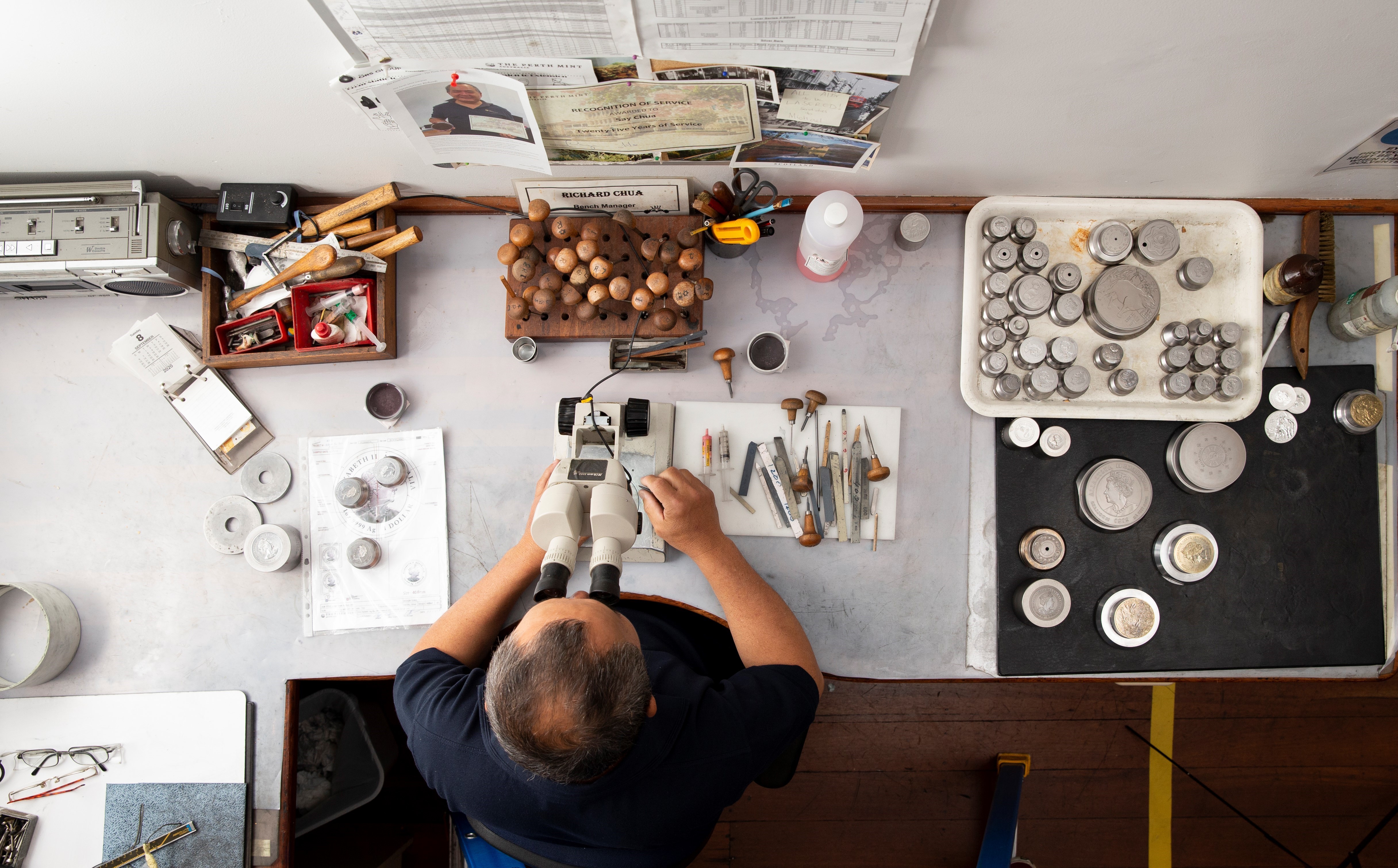 But it is a serious source of discussion at The Perth Mint, which last financial year sold more than 14 million coins, medallions and minted bars.

There are themed coins that depict Australian flora and fauna, the Australian Opal Lunar series that combines intricate design with precious gems, to The Perth Mint’s annual series for the wedged-tailed eagle.

Others mark important life events, like the birth of a new baby or a wedding.

And then there’s pop culture – from The Simpsons to James Bond, finding a coin that collides with fandom is a path to success.

So what factors are considered in developing a coin that people will love, and what are the signs a series has captured the collective imagination?

“First, it is the story; second, the design; and third, the mintage. And I think they’re all linked.

“A strong story is something that resonates with people’s lives or interests. A great design helps create an even stronger emotional bond between the buyer and the coin. And when the product has a low mintage, which adds a feeling of exclusivity, it makes a very compelling purchase proposition.”

Mr Vance says the first step is to collate ideas, which can come not only from the experts within the Mint, but also collectors and even members of the public who write in suggesting different coins.

“Every year, we do a brainstorming session and we invite everyone from the company to participate —if they can’t be at the meeting, they can drop an email or put an idea in a suggestion box,” he says.

“We then take those themes and we evaluate them and that’s where we cut it down. We have probably about eight people on our committee, but we might get the best part of a hundred suggestions from that brainstorm session.”

What makes the cut?

Mr Vance says ideas are usually divided into those that can’t possibly work, those where more research is needed and those that are immediate winners.

“A lot of suggestions from the public tend to be quirky and fun ideas, but you never know where the next best idea for a coin is going to come from. We’ve had some great ideas come through from the public,” he says.

“Ideally, we’re looking for ideas that are going to emotionally resonate with our customers, without being too complex to create or too obscure to be viable to produce.”

From musings to mintage

Themes that capture the hearts of Perth Mint customers find the right balance between niche and obscure, but this can be a tricky line to toe.

“Over the years we’ve had coins that we didn’t know would necessarily work but that have sold out faster than we could have hoped.

“Not everything can be a success, and it is all a lesson to guide your next steps.”

Perth Mint’s catalogue of sold out coins is testament to picking the market. It includes coins such as the Golden Treasures of Ancient Egypt coin in 2019, which featured an orb with gold particles encased in Perspex.

The 2oz silver antiqued coin, which also featured intricate Egyptian hieroglyphics and symbols, appealed to collectors for its novelty, theme, engraving and design.

The same might be said of the two-coin Evolution of Industry set from 2018, in which both coins were minted in the shape of a gear.

Some coins sell out quickly for their rarity — the incredible Jewelled Phoenix, for example — which was handset with 89 Argyle pink diamonds.

But some sell straight into the hands of eager fans, including those who might never have bought a collectable coin before. That’s the case for the unusual coins minted in 2014 to mark the release of the fourth Transformers movie: Age of Extinction. Each of the 1oz silver proof coins featured a lenticular lens that changed the image as the coin is tilted.

“But if you get the right licence, you can really open up the market to people who have never seen themselves as collectors before.”

Coins that commemorate cultural milestones, national features and religious holidays have always been a popular option among Perth Mint customers, and this is reflected in the growing number of themed coins that can be collected as a series.

But it also requires the Mint to really understand its audience – and what they want to see in a new coin series.

“We have a number of coins which celebrate different cultural and religious holidays and festivals, such as the Chinese Lunar New Year and Diwali, and these have always been very popular,” Mr Vance says.

“We always make sure the religious and cultural representations on our coins are appropriate, by engaging with our diverse staff as well as with our overseas independent agents.” 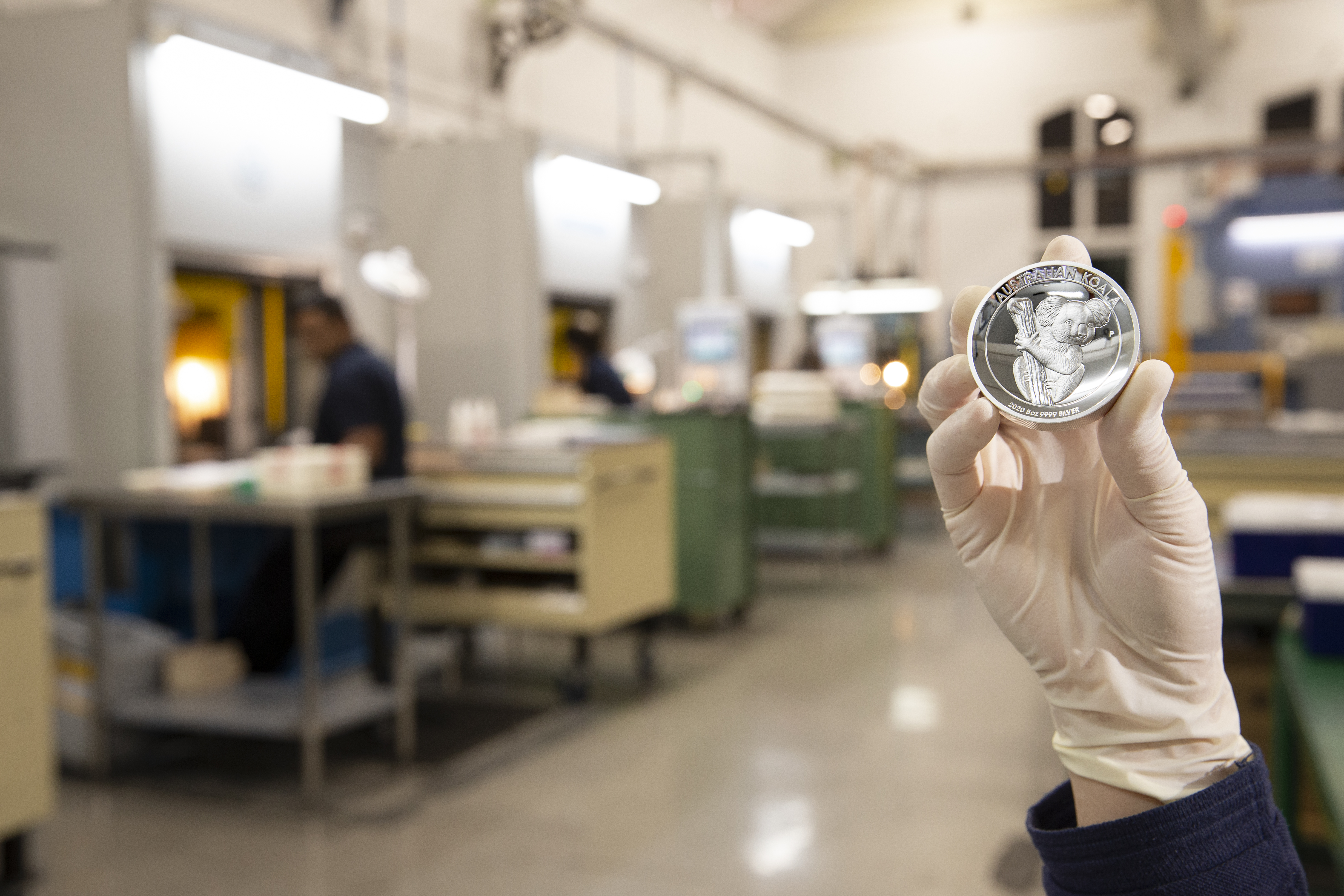 “While these series are obviously very popular within the cultures and nationalities they are intended for, we also unexpectedly get a lot of interest from other groups.”

Enter Germany, one of the key markets for The Perth Mint’s products.

“We saw an incredible amount of interest from Germany from our very first Lunar New Year series in 1995, and that has continued into our third series which is currently available.”

“It is an interesting case which demonstrates how appealing a series can be, even those which you think might only be popular within a certain demographic.”

View all collector coins
Back
Previous Next 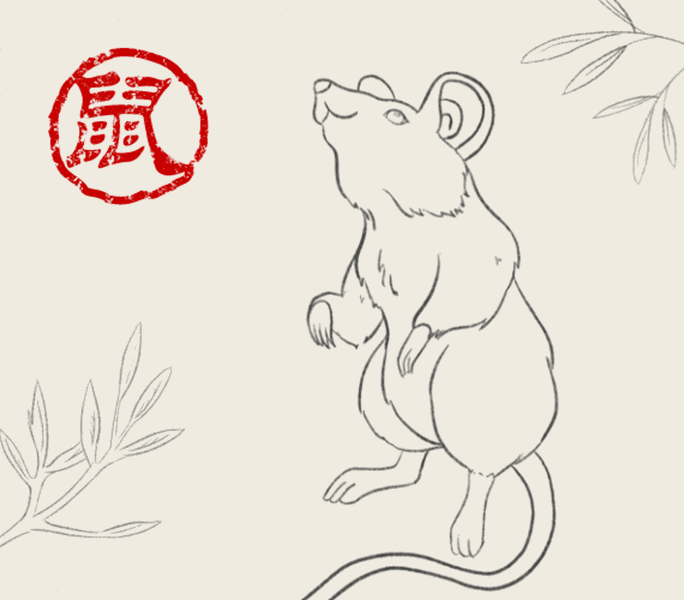