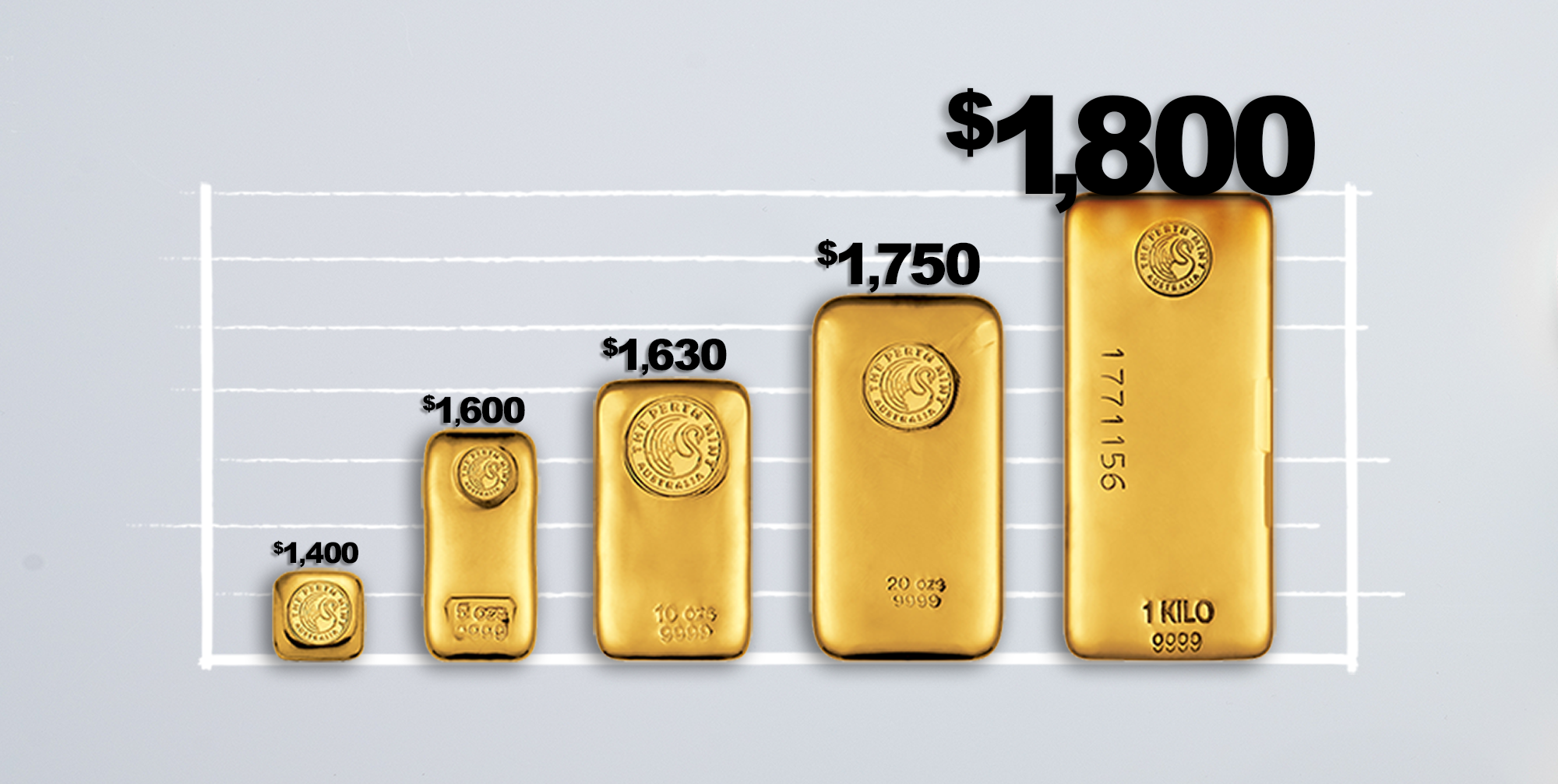 Precious metal prices rallied in October as inflation fears rose to the top of the risk factors investors are watching. Silver was the standout, rising by more than 10% for the month, while gold was up more modestly at 1.5%, though was unable to stay above USD 1,800 per troy ounce. 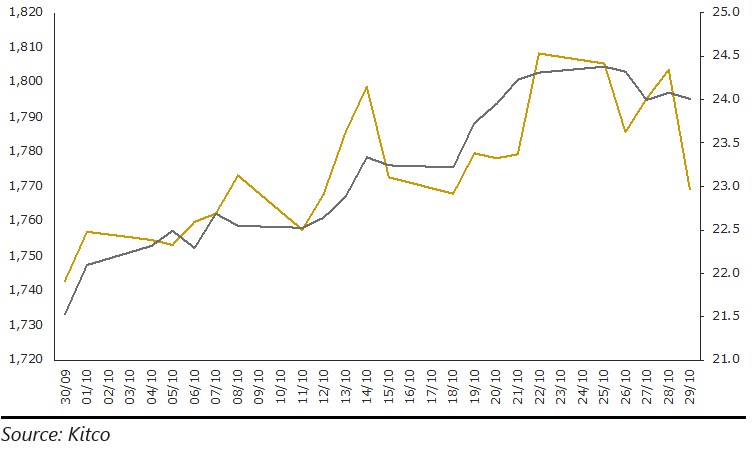 Gold’s inability to close above USD 1,800 per troy ounce remains a short-term concern for precious metal bulls. This price continues to shape up as an important resistance level, with the market also making a series of lower highs in the last three months, which is troubling from a technical perspective.

While the precious metal was supported by higher inflation fears and lower real yields, its headwinds, of which there are many, still seem to be the primary drivers.

These headwinds include continued strength in equity markets, with the S&P 500 rallying an incredible 6% in October. The S&P 500 ended the month up 24% YTD, 40% over the last year, and 100% from the March 2020 low. The October rally was driven by an explosion in the price of Tesla shares, which rose by more than 40%, with the company soaring past the USD 1 trillion market capitalisation mark.

The renewed focus on Bitcoin (more on this below), a strong end to the month for the US dollar, as well as one of the most extreme spikes in shorter-term bond yields on record, were also likely factors behind gold’s softer end to the month.

On the last point, it was interesting to note longer-term bond yields didn’t increase during October. Flattening yield curves, like we are now seeing in the United States, often signify the onset of a slowdown in economic activity (if not an outright recession), which may boost safe haven demand for gold going forward

Overarching all of this was continued taper talk, with gold’s intra-month high on 22 October coinciding with statements from US Federal Reserve chair Jerome Powell that suggested the Fed will soon begin tapering its pace of asset purchases.

In some ways this is logical, as a move towards tighter monetary policy should be gold bearish, given it’s a non-income producing asset.

However, market history demonstrates clearly that gold often thrives during periods interest rates are rising (interest rates rose in the 1970s for example), with a recent update from Jordan Roy-Byrne at the Daily Gold highlighting that the metal saw an average gain of more than 25% in the last four rate hiking cycles in the United States.

At the very least this suggests gold bulls shouldn’t fear higher rates, while they could in fact be the catalyst to bring the last year of price consolidation to an end.

Below, we take a look at the issues worrying investment managers today, review the latest statistics on gold demand, and provide an update on the seemingly never-ending gold versus bitcoin debate.

What the market is worried about now

For most of 2021, markets have ‘looked through’ the spike in consumer price inflation, seeing it as a largely temporary phenomenon caused by a jump in energy prices, as well as supply chain issues as the global economy ‘normalised’ after COVID-19 related shutdowns.

As more data has come in, it is becoming increasingly clear that the tailwinds for higher inflation are stronger than the market was thinking even a few weeks ago. The latest data supporting this includes last week’s results from Europe showing inflation rates hitting 4.1% (which was above the consensus estimate of 3.7%), the highest level in 13 years.

Data like this is leading markets to rapidly reprice expectations of future inflation, with five-year breakeven inflation rates in the United States (a measure of what market participants expect inflation to be in the next five years, on average) touching 2.99% in late October. That’s more than 1% higher than where it was at the start of the year.

The World Bank has also expressed concerns regarding the potential for higher inflation and in particular the impact it will have on developing countries and those who import energy, with food security issues also coming to the fore.

Given this backdrop, it should be no surprise that the latest Bank of America Global Fund Manager Survey highlighted that inflation was now considered the biggest ‘tail risk’ for managers to keep an eye on.

Worryingly, higher inflation rates are coinciding with decelerating rates of economic growth, evidenced last week in the United States when GDP growth for Q3 came in at just 2% year on year. This was well below market expectations, with economists surveyed by Dow Jones expecting a 2.8% increase.

The housing market, which has been booming of late, as well as slower rates of growth in consumer spending, were the primary culprits driving the disappointing result.

Despite concerns regarding higher inflation rates and slowing growth rates (with some now warning we are set to enter a period of stagflation), fund managers still seem happy to chase risk assets.

Indeed, a Bank of America survey suggested private clients have more than 65% of their money in equities (against just 56% before the GFC hit), while allocations to equities at a diversified portfolio level (circa 52% of total assets) remain near all-time highs, even exceeding levels seen at the end of the 1990s.

That time period coincided with the start of a significant equity bear market and was also around the time the precious metal bull cycle that took gold from below USD 3,000 to more than USD 1,900 per troy ounce began.

The latest on gold demand

In late October, the World Gold Council released its latest Gold Demand Trends report which highlighted that there was just over 830 tonnes of gold demand in Q3 2021, representing a year on year decline of 7%.

All of the decline can be attributed to the gold ETF market. In Q3 2021 there were outflows of almost 30 tonnes from these products, which stands in stark contrast to Q3 2020, when gold hit all-time highs in US dollars, and more than 270 tonnes of gold flowed into gold ETFs.

The bar and coin market (262 tonnes, +18%), jewellery market (443 tonnes, +33%), technology market (84 tonnes, +9%), plus continued purchases from central banks which have added almost 400 tonnes to their holdings in 2021, were all robust, demonstrating strong underlying demand in the gold market today.

Perth Mint data also demonstrate the ongoing investor appetite for precious metals, with total depository holdings for gold increasing by 4% YTD, and now up almost 50% in the last three years.

Minted product sales for gold and silver are also running at more than 90% (gold) and 70% (silver) above their long-term averages, while our ASX listed Perth Mint Gold (ASX:PMGOLD) saw holdings hit an all-time high at the end of October, having increased by 2% this year.

That’s by no means a major increase, but it’s far better than the global gold ETF market, which has seen holdings fall by almost 10% over the same time period and highlights the resilience of gold demand among Australian investors.

If their global counterparts again start adding to their gold ETF positions and if speculators continue to increase their long positioning in the gold futures market (it was up by 20% in October, though remains below levels seen at the start of the year), then this would no doubt help gold break out of its recent trading range.

Gold vs. Bitcoin: best of frenemies

Despite the fact that Bitcoin is often marketed as digital gold and is seen as stealing market share from the precious metal, there remains plenty of reasons to stick to gold as the more trusted safe haven.

This is something we highlighted in a March 2021 whitepaper titled Gold, Bitcoin and the Elon, which is worth resharing given the launch of the first ever Bitcoin ETF in the United States.

It’s also worth pointing out that while many in the media are quick to proclaim that millennials are only interested in cryptocurrencies, they are also turning to gold.

This can be seen through the chart below, which highlights the percentage of total investors who own less than 100 shares in Perth Mint Gold (ASX: PMGOLD).

It has grown from 5% to 17% of the investor base in the last six years, with this rising share occurring during a time period that has seen the total registry itself grow from below 2,000 to almost 10,000 investors.

Chart 2: share of investors in asx:pmgold holding less than 100 pmgs 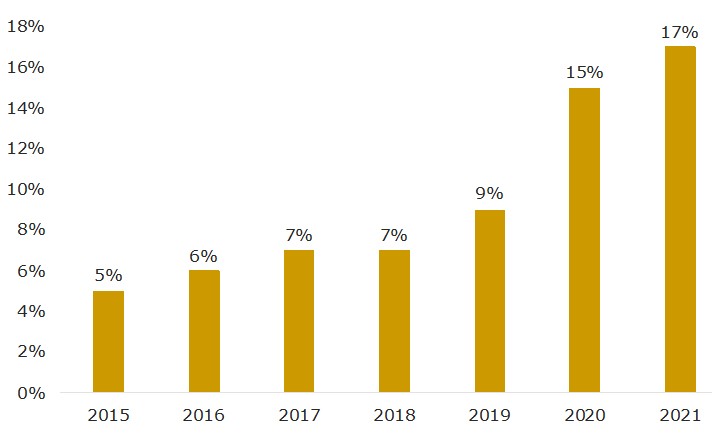 Most importantly, there is no reasons both gold and Bitcoin can’t coexist, with the market of investable assets so large that both have room to grow in the years ahead.

Indeed, according to a 2020 paper by Bridgewater titled Some Perspective on Gold in the New Paradigm, gold’s market share of global assets was close to 3%, way below the highs seen in the 1940s (>10%) and the end of the 1970s (approximately 7%).

Given investors today face low to negative real yields across the majority of the sovereign debt landscape, and equity markets are trading at or near all-time highs and with historically stretched valuations, there is a good argument to be made that allocations to alternative currencies or stores of wealth will increase in the years ahead.

If that does indeed transpire, Bitcoin holders (or HODLers as many prefer to be known as) who will no doubt continue to see significant volatility, will hope to see further upside, while gold and precious metal bulls are also likely to be well rewarded. 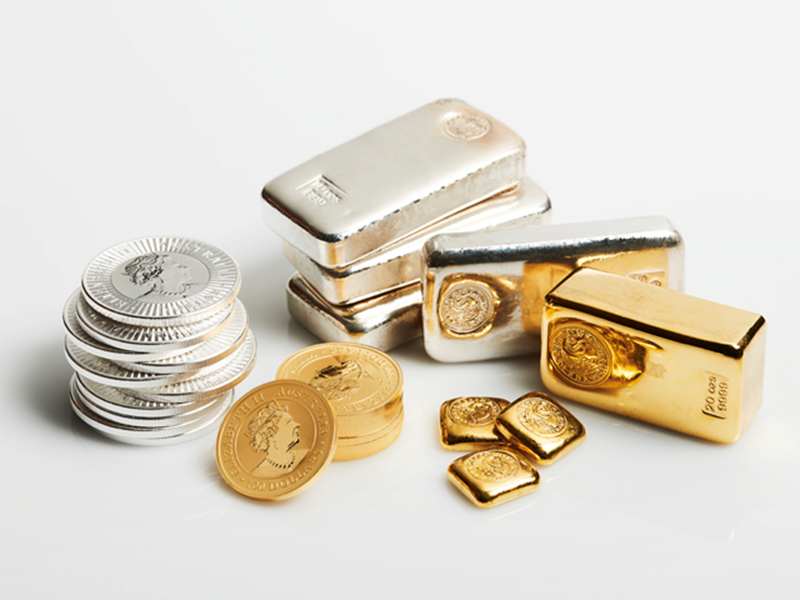 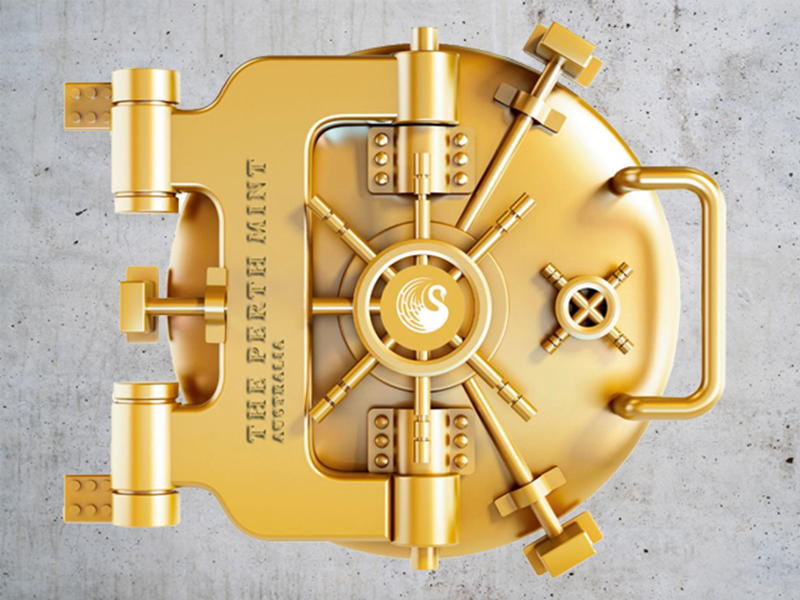 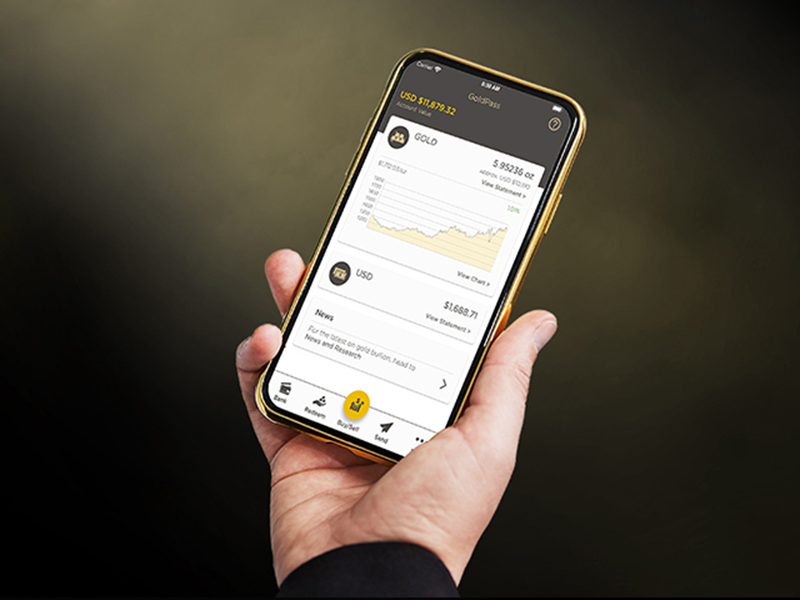