What is January’s birthstone? 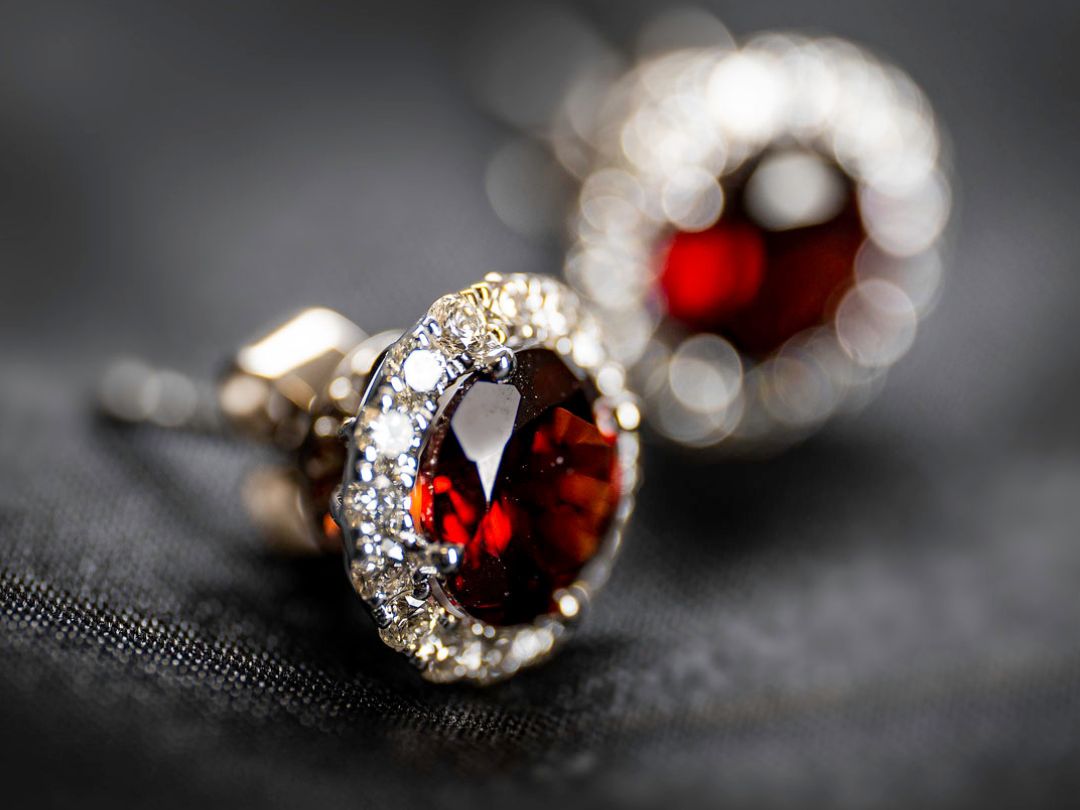 Though gemstones can be attributed to calendar months dating back to the 16th century, the modern list of birthstones wasn’t curated until 1912. What’s special about garnet is that it features both on the traditional and modern birthstone lists, meaning its popularity has not dwindled over hundreds of years.

What colour is garnet?

Although more commonly red, garnets are found in a stunning array of colours. These include vivid green, pink, blue, purple, orange, yellow, black, colourless (known as leuco) and even colour changing garnets which appear different shades depending on the light exposure. In daylight the colour may appear greenish blue whilst in incandescent light the colour may appear purplish red. The rarest colours are the colour-changing gems, blue (the rarest) and green. Garnets in these shades often command higher price tags.

Aside from the fact that garnet is the birthstone for January, it’s also the gem associated with the second anniversary. Usually proffered in beautiful garnet jewellery, this choice of stone is said to bring the wearer happiness, health, self-confidence, as well as promoting creativity and a calm mind.

The word ‘garnet’ comes from the Latin ‘granum’, meaning ‘seed’ which refers to the bright red seeds of the pomegranate. And these beautiful gems have been adored since the Bronze Age, with red garnet jewellery found in the tombs of Egyptian pharaohs.

And the use for garnet doesn’t simply stop at jewellery. Due to its hardness, this diverse gem is also used for industrial purposes, including water jet cutting. In fact, garnet is beginning to replace silica in abrasives as it’s now known the latter to cause silicosis, a long-term lung disease.

There are also rechargeable battery technologies which use garnet crystals containing high numbers of lithium atoms in the crystal structure.

So, it seems that garnet is the mineral talent which not only looks beautiful but can save lives and help the planet too.

Most impressive garnets ever found

According to Guinness World Records, the largest star garnet to be found weighs an impressive 3,956 carats and is an unusual form of garnet. The star effect (known as asterism) in its pattern displays a reflective image of a four, six, or twelve (very rare) pointed star, with each line intersecting at 120 degrees. The star is caused by rutile (an oxide mineral composed of titanium dioxide) or from very fine needles/silk (a type of inclusion in gemstones). This pattern requires the correct lighting to be seen clearly.

Another striking garnet was discovered in 1885 when a large rock was unearthed during an underground sewer excavation in Manhattan. It turned out that the rock was in fact an almandine garnet weighing in at almost 10 pounds with a diameter of 15 inches.

It was named the ‘Subway Garnet’ and purchased by the New York Mineralogical Club. Currently, and unbelievably, this huge 430-million-year-old stone is not even on display. It’s actually in storage at the American Museum of Natural History, where it’s been since the 1980s.

Where is garnet found?

Australia actually produces almost half of the world’s garnets, with the other half coming from across the world. Western Australia is home to the largest garnet mine, located near Port Gregory, which opened in 1983 and is currently the largest source of industrial garnet in Australia.

Aside from the relatively new industrial uses for garnet, jewellery is still the most popular way in which garnet is displayed – how could this stunning gem not be? But what’s important when choosing this beautiful stone?

Similarly to diamonds, garnets can be judged using the carat, clarity, cut and colour rules.

As mentioned earlier, green, blue or colour changing garnets are the rarer forms of the gem and are therefore often worth more than other coloured garnets.

More recently, green demantoid garnet has become popular due to its dispersion (the rainbow sparkle produced when light enters and splits through the gem) as this can exceed that of diamond's dispersion (also known as ‘fire’). This type of garnet is one of the rarest of the garnet varieties.

There is also green tsavorite garnet which has a bright, intense colour similar to an emerald. Both of these green garnets are priced higher than almandine, the hardest form of garnet usually coloured deep red to purple.

When looking at the overall cut of a garnet, a round brilliant cut is the most popular as it maximises sparkle, but the cut will depend on the clarity of the stone in the first place. If the garnet has visible inclusions, it may need to be cut differently to reduce the visibility of these. On the contrary, if a garnet has a diagnostic inclusion, the stone may be cut to highlight this as it can fetch a much higher price.

You can find The Perth Mint’s jewellery store inside our landmark heritage-listed building, established by Britain’s Royal Mint in 1899 at our iconic East Perth site in Hay Street.

Our elegant jewellery boutique is home to some of the world’s most beautiful garnet jewellery, perfect for a January birthstone or second wedding anniversary gift. Many of our high-end, hand-selected jewellery pieces are accompanied by a certificate of authenticity, as well as the peace of mind that comes with choosing to make a purchase from a Government of Western Australia-owned enterprise with a long-standing reputation for quality and integrity.

Make an appointment or visit us to view our stunning array of garnet. 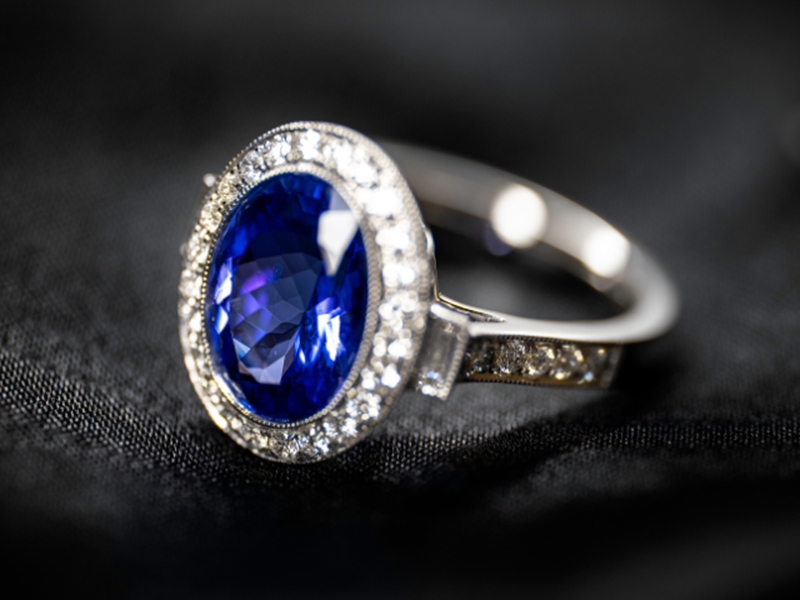 The September birthstone – what to look for when buying sapphire jewellery

Sapphire, the birthstone for September, is probably the most regal of all birthstones. But did you know that sapphires are actually found in an array of rainbow shades?