With a mintage of one and valued at $2.48 million, Discovery is the Mint's most exclusive and notable numismatic release to date.

Officiating at the event, Minister Johnston said that as a renowned fabricator and purveyor of refined precious metal products, The Perth Mint continues to showcase the wealth of resources to be found in Australia by issuing such exceptional creations as Discovery.

"It gives me great pleasure to unveil an Australian coin which showcases our country's prized treasures and the talents of our craftsmen and women who have transformed them to form a collectors' item of such significance," said Mr Johnston.

Creatively inspired by the holey dollar which was introduced as Australia's first official currency in 1814, Discovery combines two of Australia's rarest and most precious elements. Every facet of its design is symbolic of the destiny and fortune pursued by early prospectors in their relentless search of gold and diamonds.

Discovery's outer coin features a sailing ship and rowboat ferrying hopeful diggers ashore, while a 19th century prospector pans for gold in front of miners' tents. Adjacent is a vista of where pink diamonds were found. The Kimberley region is depicted by an iconic boab tree and kangaroos, with a brilliant cut pink diamond representing the tropical sun. With the first glimpse of one of these rare pink prizes reportedly glinting from the soil of an anthill, the adjoining scene portrays a worker ant on a mound of earth with an emerald cut pink diamond clasped between its mandibles.

To complement the external coin, the heart of the coin features a stylised image of Australia with two additional pink diamonds marking the location of Ophir in the south-east, where gold was first found, and the Argyle Diamond Mine in the north-west, the source of these exquisite coloured gemstones.

With a combined weight of 2 kilograms of 99.99 percent pure gold, and featuring two stones from the Argyle Pink Diamond Signature Tender, including a brilliant cut 0.88 carat Fancy Intense Purplish Pink and a 1.02 carat emerald cut Fancy Vivid Purplish Pink, as well as two 0.08 carat Fancy Intense Vivid Pink stones, Discovery is expected to command the attention of diamond connoisseurs, collectors and investors the world over.

From the humble beginnings of gold and diamond discovery, two progressive industries have emerged whose yields have influenced the evolution of mining and the desires of the market said Perth Mint Chief Executive Officer Richard Hayes.

“Released in response to the distinct increase in demand for exclusive luxury items, Discovery is just that, a collectors' item of distinction.”

"The coin showcases rare pink stones handset in the most famed of precious metals, telling the inspirational rags to riches tales of mining for these prized resources," said Mr Hayes.

Issued as legal tender of Australia, the obverse of each coin displays the Ian Rank Broadley effigy of Her Majesty Queen Elizabeth II, the monetary denomination and the 2018 year-date.

Discovery is now available for sale, with interested parties encouraged to call The Perth Mint on +61 8 9421 7376 for further details. The magnificent coin masterpiece will be on display at The Perth Mint Shop until Friday 28 September, unless sold earlier. 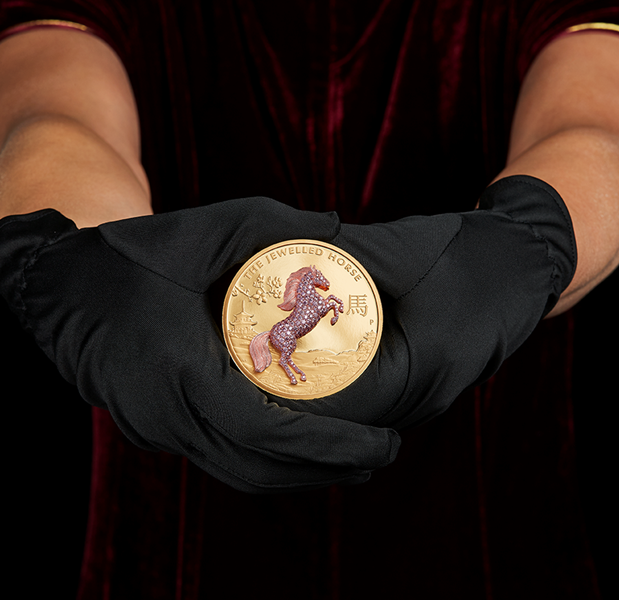 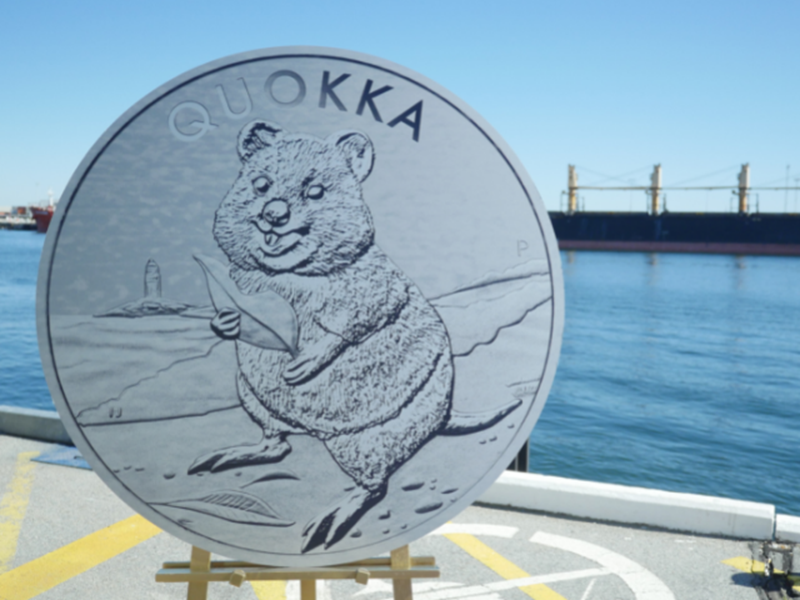 Perth Mint puts 007 in its sights for collectors

The Perth Mint is delighted to announce the release of a series of limited edition commemoratives to celebrate the James Bond films under licence from EON Productions. The Simpsons, one of the world’s most beloved television families, has been immortalised on a unique series of collectable coins issued by the historic Perth Mint under official license by 20th Century Fox Consumer Products.