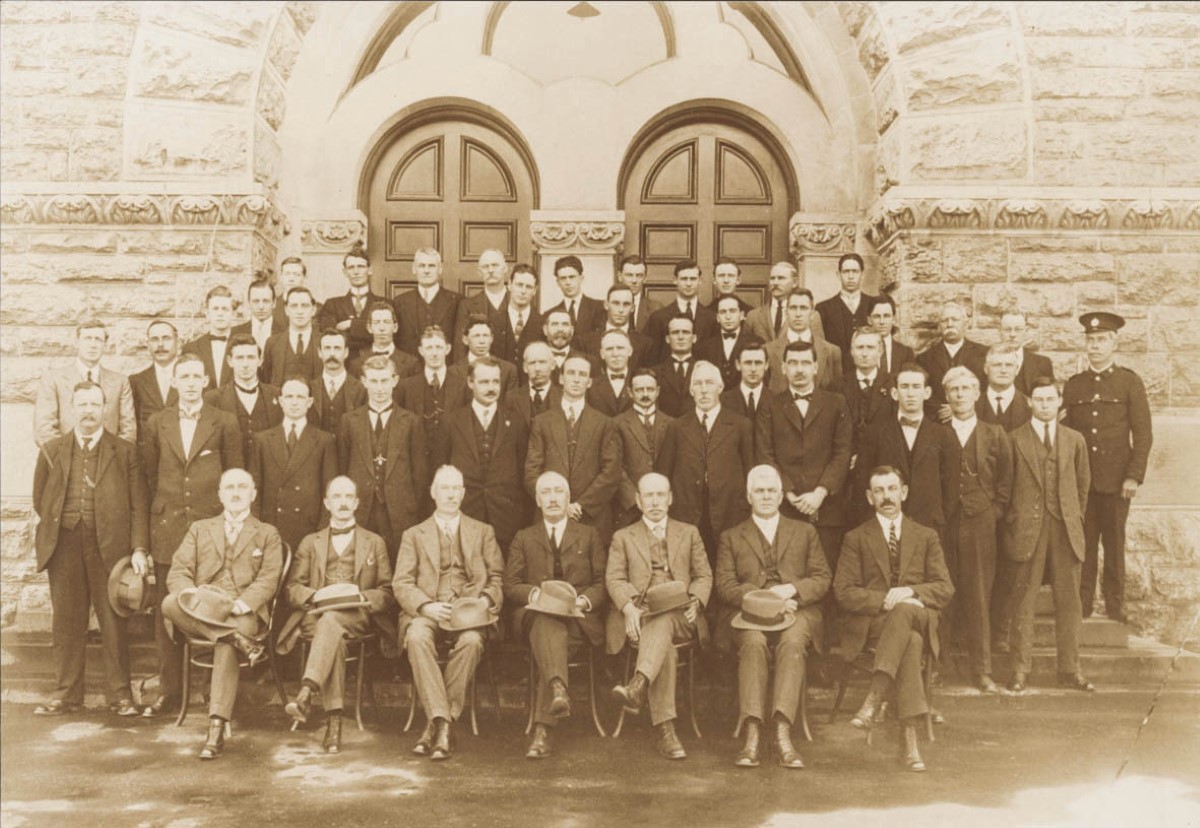 Opened in 1899, The Perth Mint’s heritage building is one of Perth’s most impressive colonial-era monuments and one of the first buildings entered on the Western Australian heritage register.

Now more than 120 years old, it’s truly a historical institution – and as with other old establishments, it comes with its share of stories.

Rumours of ghosts have haunted the halls of the Mint for almost 100 years.

Two historic deaths are seemingly associated with these ghost sightings – although some remain unexplained.

In 1938, the Deputy Master of the Mint, Bertie Gritton, was walking from the Mint to the Weld Club on Barrack Street when he collapsed and died suddenly of a heart attack.

His death led William Rogers to become the new Deputy Master, and his family of four children moved into the residence above the lobby (now our Shop and Exhibition Foyer).

One night, he and his daughter were alone in their home when they heard a crashing noise on the nearby polished jarrah staircase.

Rogers rushed out of his bedroom and his daughter ran out of hers, but they could not find any person or other explanation for the racket.

His daughter was convinced her room was haunted. This claim was supported by other family members who reported hearing unexplained noises and feeling an unknown presence brushing past them on the stairs.

It got so unbearable that the Archbishop of Perth was called in to perform an exorcism – and the ghostly visits ceased.

Later it came to light that another death had occurred 18 years prior which could explain the otherworldly events.

Years earlier, Arthur Ventris arrived from England to begin his new job as the first Deputy Master of the Perth branch of The Royal Mint.

Ventris and his wife brought along a couple of loyal family retainers, a woman who performed cooking and housework and a male butler.

At the time, the Ventris’ living area was separated from the operating Mint by a partition which ran across the bottom of the stairs. This structure supported a door which acted as the front door to the private residence.

When the bell was rung, the butler would come down the staircase  to answer it, climb the stairs again to determine if Mr. Ventris was receiving visitors, and descend once again to escort the visitor in if necessary.

The Ventris’ home opened into an ornate lounge room featuring views over the river in a space which has since been converted into a boardroom. The next floor up was the servants’ quarters where the maid and the butler lived.

In 1919, at the age of 66, Ventris was forced to retire. He was in fact supposed to have retired a year earlier, however due to the war – during which the Mint continued to produce gold sovereigns for the Australian and British economies – he had been granted permission from London to stay on another year. 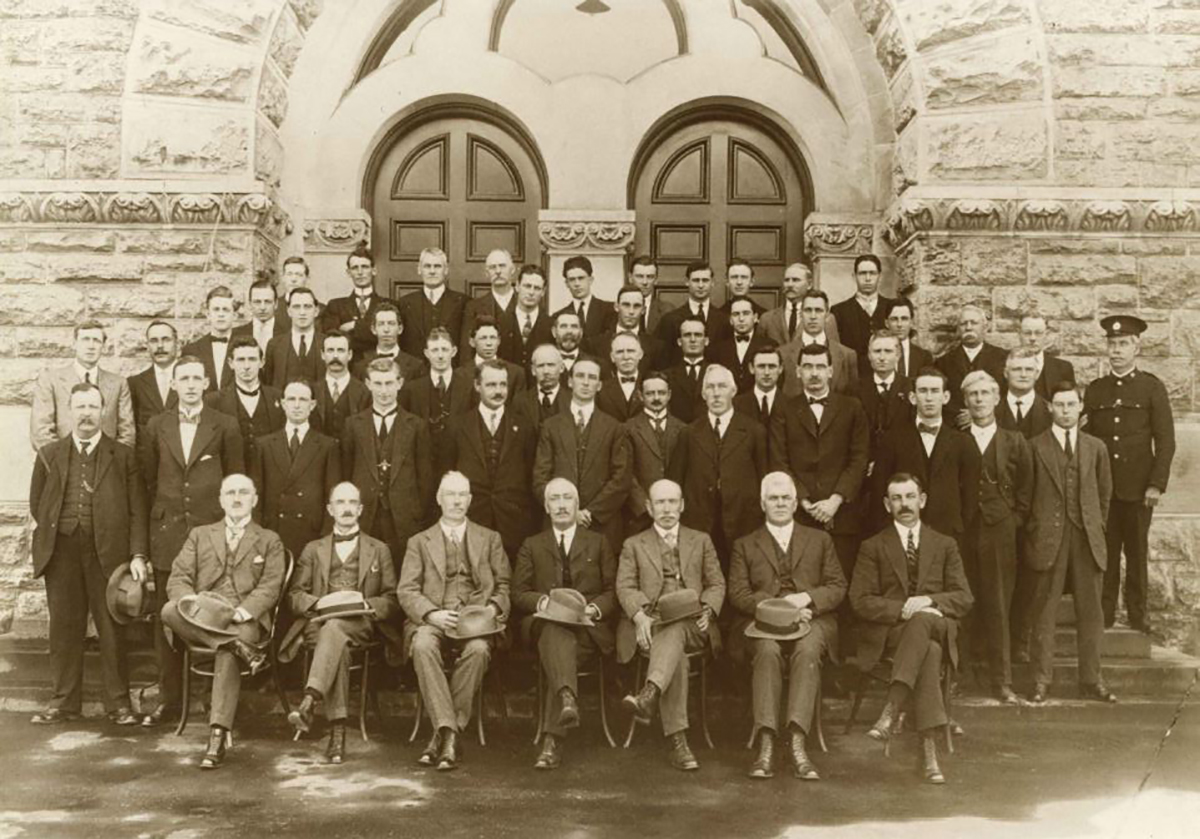 Deputy Master Ventris (front row, third from the left) and principal officers of The Perth Mint upon Ventris’ retirement in 1919.

This was a lifesaver for Ventris and his wife, as the couple was building a house in Busselton and were able to stay at the Mint while construction was completed.

However, some months later, Mr. and Mrs. Ventris had yet to move out and it was time for the new Superintendent, Frank Allum, to move in.

With emotions running high, the Ventris family found themselves homeless until their new residence was finished. The old family retainers, the maid and the butler, were turned out on the streets.

The maid was employed by another family. However, the distraught butler was found with a noose around his neck, hanging from a manhole at the top of the stairs just outside his old room – which Rogers’ daughter would occupy 18 years later.

The ill-fated story leads many to question, could the butler be one of the ghostly spirits haunting the halls of the mint?

The suicide was covered up by the Mint’s principal officers who had friends in high places and uncovered decades later by our record officers.

While what could be the butler’s spirit may have been exorcised from the Mint more than 80 years ago, recent sightings suggest he may not have been the only ghost to remain in its historic halls.

A member of staff subsequently reported seeing a young girl multiple times in a location close to the previous sightings.

According to the long-time employee of the Mint, the girl appeared to be around 14 or 15years old and was wearing a dark green dress.

With no records of a young girl dying at the Mint, the mystery remains and perhaps it’s a story that will never be told.

However, if you ever visit the Mint, be sure to take a careful look at the staircase in the foyer – just in case an ethereal presence decides to make an eerie return!

Learn more about the fascinating history of The Perth Mint here. 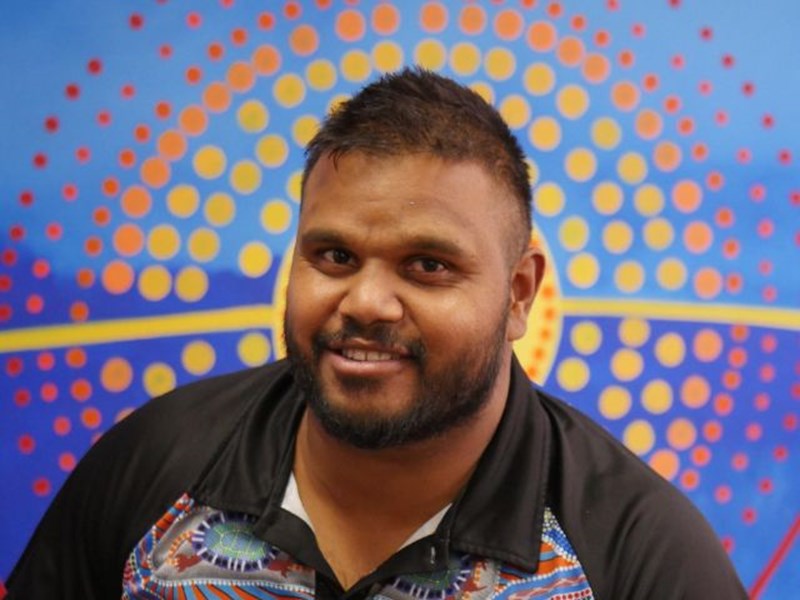 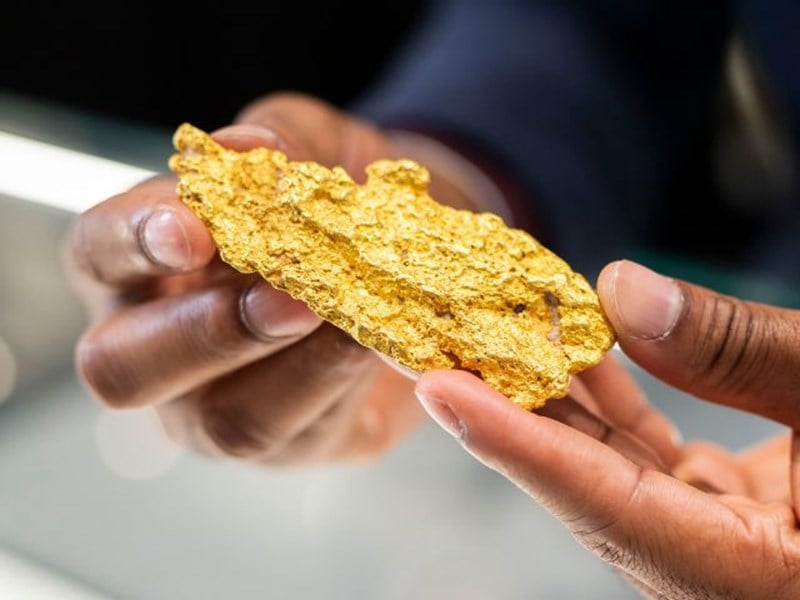 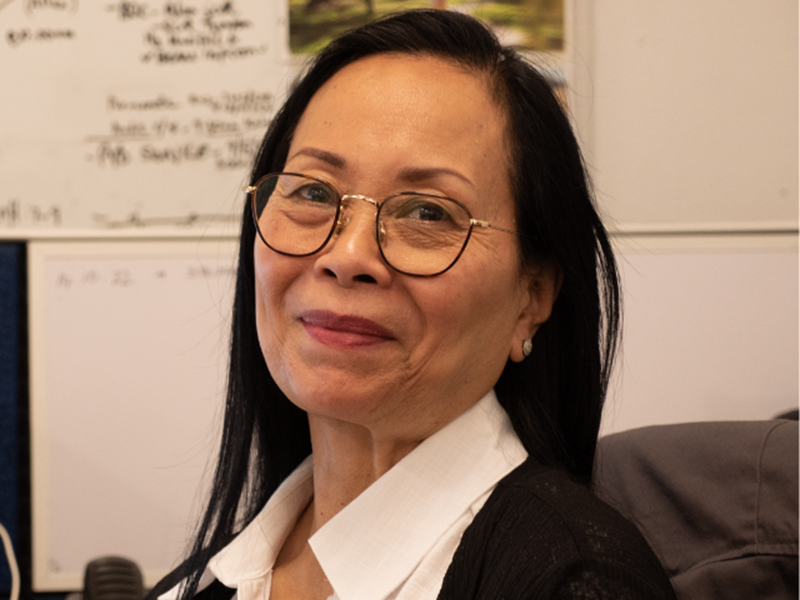 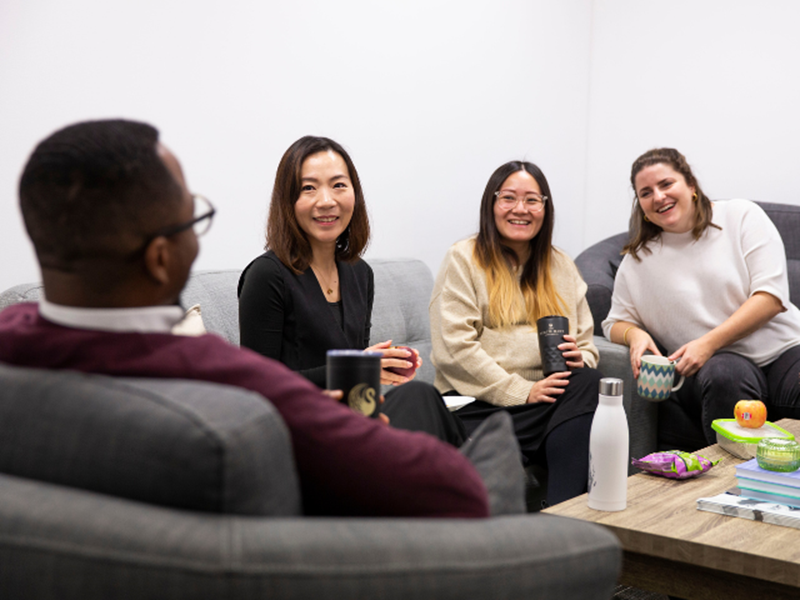