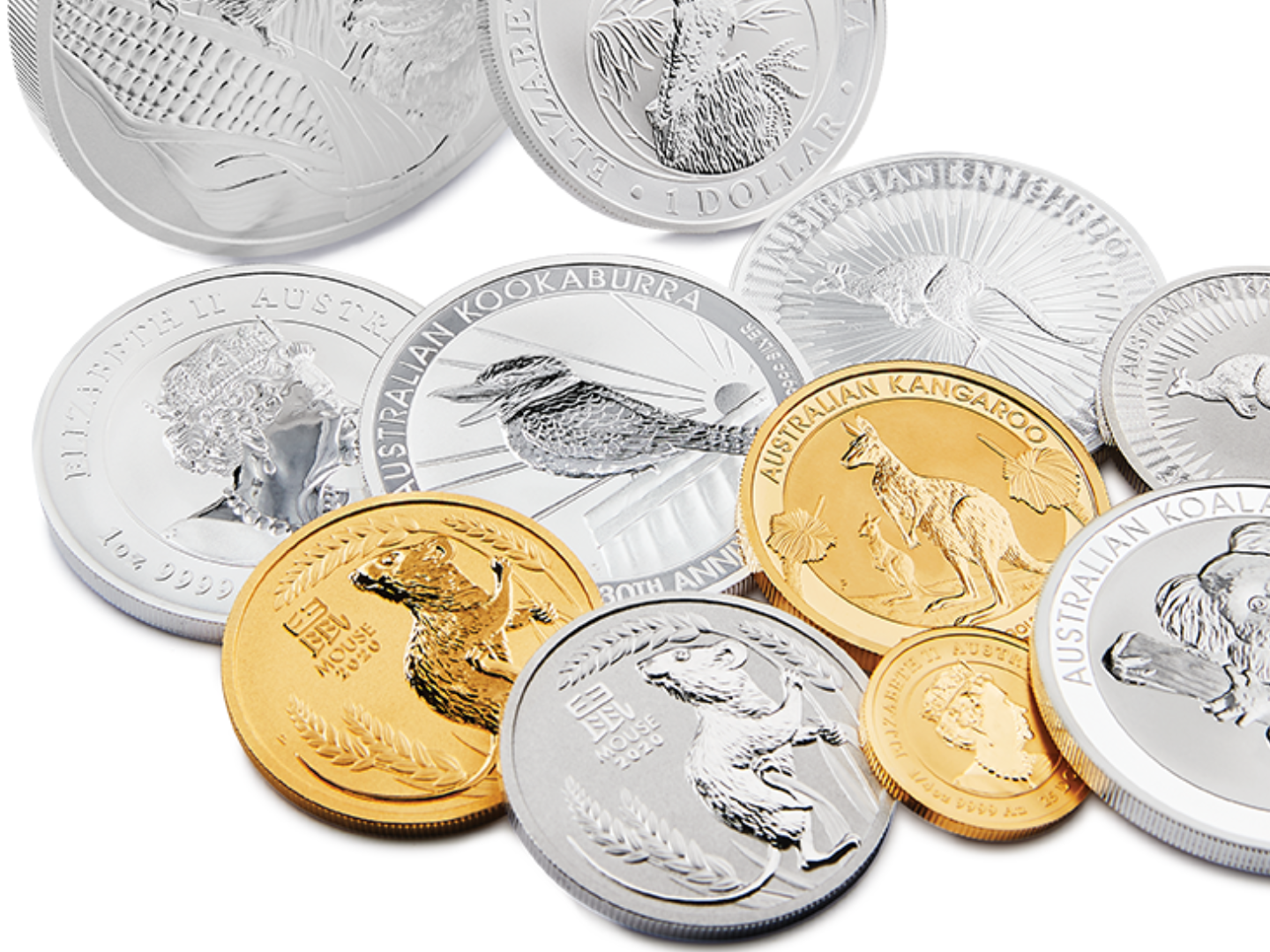 As a coin collecting enthusiast it can be a daunting task getting to grips with the terminology, especially as different mints and suppliers use different terms. To help, we’ve put together this coin collecting glossary to help decipher some of those numismatic terms.

A surface treatment conveying the abrasions of an ancient artefact.

A coin consisting of two metals, typically an outer ring around a contrasting centre.

A carefully prepared flat piece of metal, usually circular, on which designs are stamped. Sometimes ‘planchet’, or ‘flan’.

Synonymous with modern proof coins, representing the contrast between a polished table relative to the frosted devices.

A coin issued for everyday spending.

A high-quality coin, usually with a collectable, commemorative or otherwise enhanced design, and rarity fixed by low mintage.

The monetary value stated on a coin.

Design elements, including the effigy and images, portrayed on the obverse and reverse.

Hard steel stamp used to strike design onto blanks during the minting process.

Circumferential, or third side bounding a coin, typically with milled serrations.

Portrait of a monarch, president or leader, sometimes ‘bust’ or ‘portrait’.

A coin displaying a manufacturing mistake.

Space at the bottom of the coin design often containing the year date (eg sovereigns).

Spending power stated on a circulating coin. Not necessarily the coin’s market value, particularly in the case of rare and precious metal issues.

Manufacturing treatment(s) dictating the appearance of the coin surface.

Scale by which condition of coin is professionally certified in terms of strike, preservation, overall appeal, indicative of market value.

Surface treatment in which a thin layer of gold is applied to selected areas of the coin design.

Result of dies created with raised design devices that are stamped (incised) into the coin. Sometimes ‘intaglio’.

In modern numismatics, a proportion of the overall mintage presented for sale in specific presentation packaging.

Government or other body responsible for making and issuing of coins.

Recognised in law as a means to settle a public or private debt or meet a financial obligation within a specific jurisdiction.

Maker’s mark denoting its identity or place of manufacture.

Example of an error coin on which obverse and reverse designs are mismatched.

As practiced by numismatists, the study and collection of coins, tokens, banknotes, and medals.

The heads side of a coin, denoting the side usually portraying an effigy of the monarch, president, or leader.

A trial piece, generally of a new design, metal, size, or shape.

In modern minting, a small device added to the main design as an enhancement. Inspired by earlier minting practices where it was used to help identify the moneyer, or as a counterfeit measure.

Ultimate example of the minter’s art – a process resulting in finely frosted design devices on a flawless mirror-like background.

Result of dies created with recessed design devices that are raised on the coin. An effect accentuated further on collectable ‘high relief’ and ‘ultra high relief’ issues.

The same technique for proof manufacture with the resulting coin displaying mirror-like design devices on a frosted background.

Raised border on both obverse and reverse sides that help to protect coin design from wear and tear.

The tails side of a coin.

The process of stamping the blank between two dies to impart design.

The background, sometimes ‘field’, area of a coin’s surface free of design or inscription.

Complete collection of coins based on design or type.

Coin that is held back from circulation as a record or presentation piece, or a coin made for investment or collectable purposes.

Date imprinted on the coin signifying its year of issue.

A set of circulating coins featuring all denominations on issue.