When is a coin a mule?

In the equine world, a mule is the offspring of a female horse and a male donkey.

The term is also used to describe a numismatic mismatch – a coin struck from dies not originally intended for use together.

Australia’s most famous mule is a halfpenny struck in 1916. It is the rarest Commonwealth coin issued for circulation in Australia.

The 1916 mule halfpenny was struck with the reverse die of an Australian 1916 halfpenny and the obverse of an Indian quarter anna. 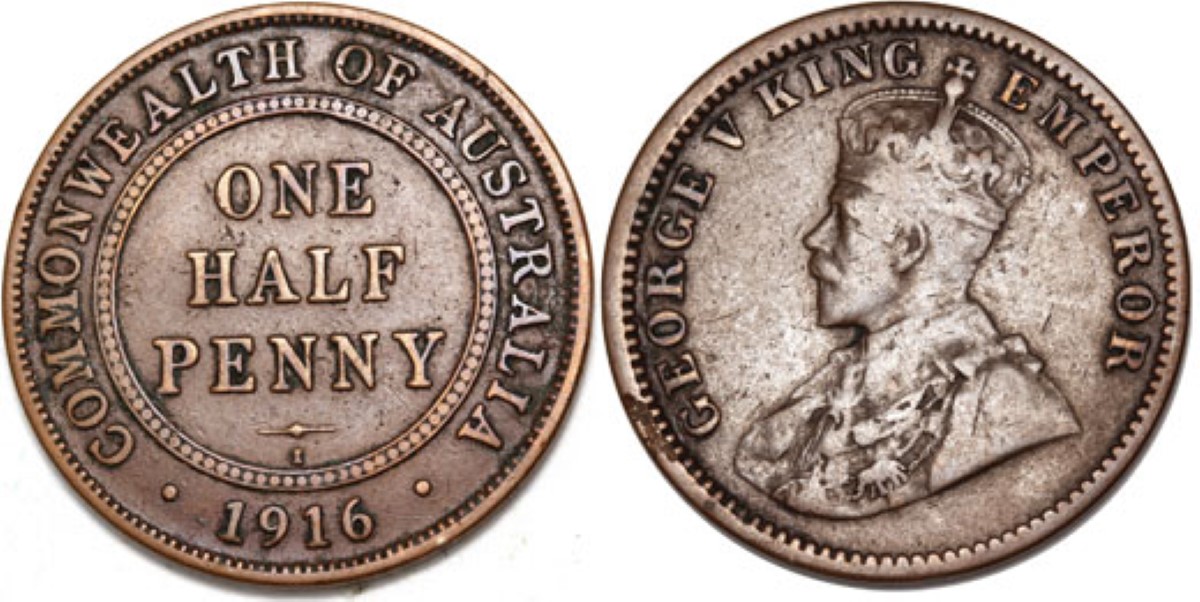 This enigmatic Australian error coin came about following the outbreak of the First World War, when the Royal Mint in London delegated the production of a range of Australian copper and silver coins to its Calcutta branch.

The switch of location was designed to allay concerns that the German Navy was capable of sinking or intercepting maritime deliveries of coinage from Britain to Australia.

Precisely how the error came about is open to debate. The diameter, weight, thickness and composition of the halfpenny and quarter anna are all remarkably similar.

Clearly, at least one Indian obverse die was somehow mixed in with the Australian dies. Alternatively, the use of the Indian obverse anna die might have been intentional, perhaps to cover a very minor short fall in die capacity.

Bill Myatt and Tom Hanley state that “about 250 of these coins are supposed to have been struck at the Calcutta Mint, where all of the Australian bronze of 1916-1918 was produced, some 60 being given away and the rest added to the general Australian issue.”

The number actually known to be in existence today can be counted on the fingers of two hands – no other circulating coin comes even close to it in terms of population rarity.

Remarkably, the first public knowledge of the 1916 mule was on July 8 1965, when Cecil Poole presented the example he found to the July meeting of the Numismatic Society of South Australia.

There is little doubt in my mind that as further research is done in fleshing out the history of this coin, and collectors become more confident in trading them, the 1916 mule halfpenny will continue to set an atmosphere of intrigue, wonder and awe each time an example becomes available to the collector market.