Gold has more to give as global uncertainty continues 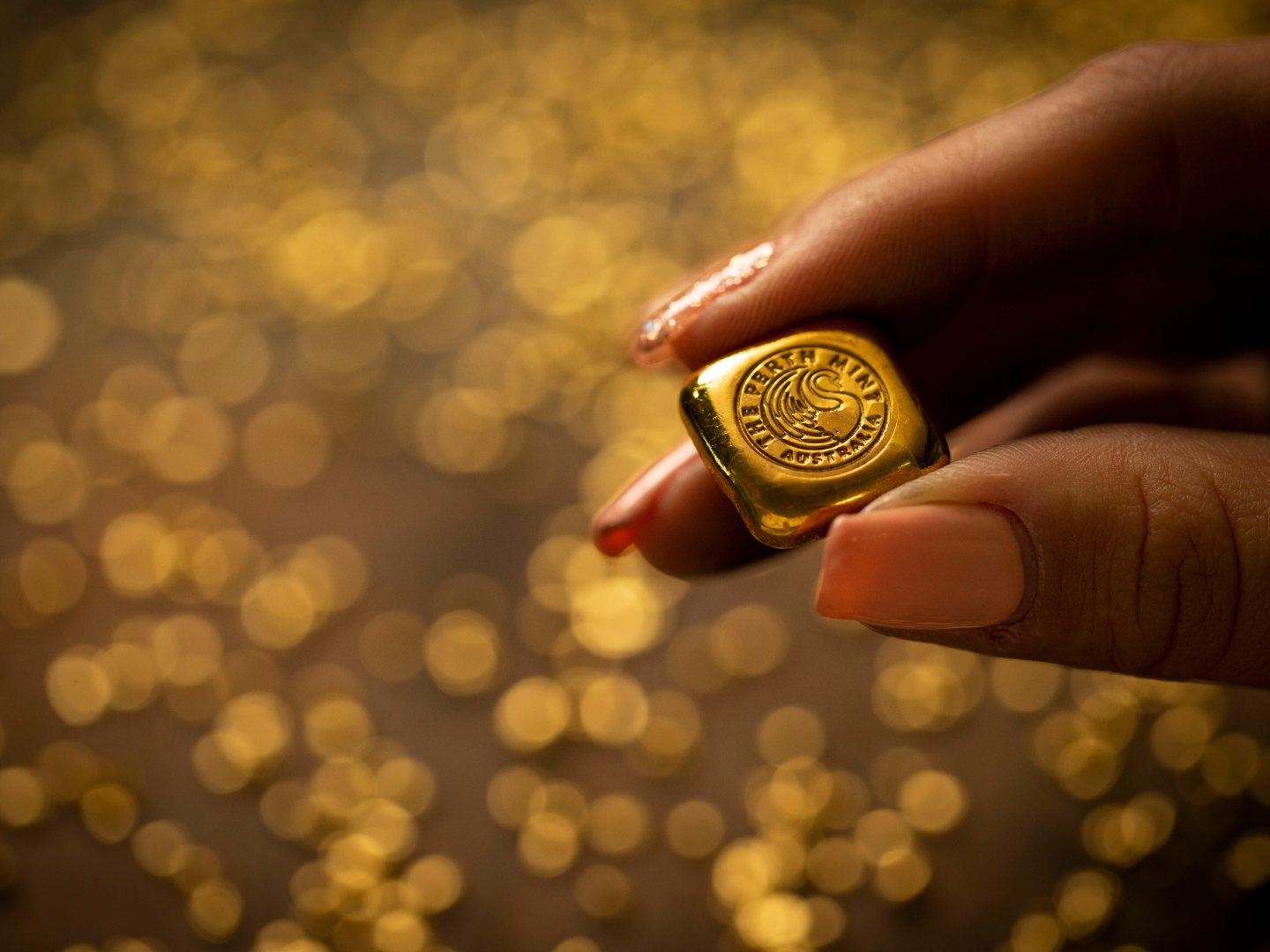 With 2020 one of the most volatile years in recent history, global investors had to adapt to uncertain markets as the pandemic wreaked havoc on world economies.

While the gold price has dropped off by about 11% since it reached record highs in August, uncertainty surrounding the outcome of the US Presidential election, trade wars and potential impacts of further COVID outbreaks could mean we’re seeing the quiet before another storm.

Gold shines in the media spotlight

With the frenzy of media activity surrounding gold, it’s old news that the asset has been on an upward trajectory for the past year. Peaking at AUD 2,000 per ounce in August, gold is settling around the AUD 1,900 mark – still a 25% increase over a 12-month period.

According to Richard Hayes, this is driven by more than COVID.

“What we’ve certainly seen is gold trending upward with the price, in our view, being underpinned more broadly by factors including money printing. The US debt is now close to USD 27 trillion, which is a big number with the US GDP just under AUD 20 trillion,” he says.

“That tells a story on its own in terms of debasement of the world’s currency. Also underpinning that further are the issues with China and the trade war. More broadly, there are stories coming to light about Chinese surveillance, intelligence gathering and acquisition of Western trade secrets, which all feeds into the broader uncertainty.”

Other global debt issues such as China’s debt reaching USD 7.3 trillion against its GDP of USD 15 trillion, a stark contrast to where the US is, places further pressure on the US dollar which has fed into gold prices.

As investors flocked to secure physical bullion and ETF inflows increased by 700 tonnes in the first six months of the year, some market commentators predicted the metal would climb to as high as USD 3,000/oz.

However, in response to the economic uncertainty, central banks have been pumping liquidity into the system, which may halt gold’s potential rise, says Kevin Rich.

“When people ask why gold isn’t running right up to USD 3,000, the answer is that there are technical traders out there and there is profit-taking along the way.”

Gold is a safe bet

While some may be surprised by gold’s continuous rally for much of 2020, for seasoned gold market spectators the precious metal’s movements have behaved "exactly as many of us had anticipated".

“The big takeaway for me is that we’ve seen yet again that gold can be a refuge when there is insecurity either from a geopolitical point of view, an economic point of view, or in this case, from a health point of view, which none of us could have ever predicted a year ago,” Richard says.

“Many who are in tune with the gold markets, such as mainstream investors who have a portion of their reserves or a portion of their wealth in gold, would likely agree that gold has performed exactly as many of us had anticipated it would. So, for many of us, there hasn’t been any big surprises.”

Historically, gold performed well during the Global Financial Crisis (GFC) in 2009 when it likewise rose in demand and value rapidly up to USD 1,800/oz. As the financial crisis eased, the asset became more mainstream however in the five years since it has mostly stayed out of the spotlight.

“What COVID and the health crisis has done is propel gold to the forefront of many investors’ minds once again, being those who may have looked for other ways to diversify their portfolio just a couple of years ago.”

The unprecedented global situation and the measures taken to mitigate it led to some unexpected movements.

“What has surprised me over these several unprecedented months is that I would have expected gold lease rates to firm, but the market is pretty awash with liquidity at the moment so we haven’t seen any increase in lease rates,” Richard says.

“Interest rates and bond yields are negative or at best zero. The picture is changing a bit as we move forward, but I am surprised that it hasn’t translated into lease rates. We certainly aren’t seeing the numbers we saw going back 10 to 12 years ago.”

Gold stands apart from other commodities

According to Kevin, gold has proven itself as a unique commodity that stands apart from other similar assets, having outperformed others through this turbulent period. 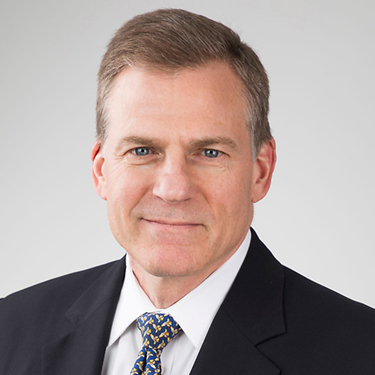 “Many people allocate academically to commodities. This is because commodities have less correlation to the other markets and are a diversifier,” Kevin explains.

“However, through this recent period, I think investors have realised that gold, which is usually grouped in with commodities, is distinct, having outperformed agriculture, base metals and energies. I think it should stand apart from other offerings.”

Richard agrees that the precious metal occupies an interesting position in the market.

“Gold is a quasi-currency, it’s a quasi-commodity — it almost straddles the two,” he said.

“Certainly, gold has stood out in the ETF space over the last six to 12 months due to its strong performance in the market. It’s been a great story for Perth Mint Gold (ASX:PMGOLD) and other gold ETFs at this moment.”

While the pace of inflows into gold ETFs has slowed ahead of the election, the World Gold Council reports that holdings increased by 20.3 tonnes in October, continuing to drive net inflows to new all-time highs.

What to watch in the months ahead

With so many factors to consider in an evolving global situation, Kevin and Richard say there are some key developments that may impact the gold price.

Both are ‘watching closely’ the US election, the development of a COVID the vaccine, plus the potential for any further global shocks, most likely from COVID.

“If we see a significant second wave of the virus in the US which leads to a rise in deaths, that is likely to underpin the gold price and propel it forward even further,” Richard says.

“Regarding other macroeconomic factors, I don’t believe there is anything new on the immediate horizon. A lot as we know is being driven by COVID and countries trying to keep their economies open, along with the many challenges that brings. It’s a balance between trying to keep an economy running without having an infection rate which is overwhelming for hospitals and emergency rooms.”

Kevin takes his cues from the news each day, looking out for changes to central bank allocations, jewellery and investment buying in countries like China and India, and energy use.

“As I turn a couple of pages of the newspaper each day, one thing I’m looking for is any change in central bank direction: accelerating, adding or staying the course, or diversifying out of gold,” he said.

“The other things to watch are jewellery and investment buying in India and China, how much gold recycling is going on in those areas (higher gold prices often lead to higher recycling) and further down the list is energy prices. Energy is a huge factor in how we produce gold, so if energy prices stay where they are, that’s very supportive of gold.”

Reserves are another factor to consider, adds Richard.

“We are watching closely what central banks do in terms of policy, but also what countries are doing with their gold reserves; do they increase, do they not increase?”

As the dust begins to settle from the election, gold is a popular choice for investors as a tangible store of value in a world of uncertainty.

“Gold is once again mainstream compared to where it has been in the past, providing a measurable diversifier for people who invest,” Richard says.